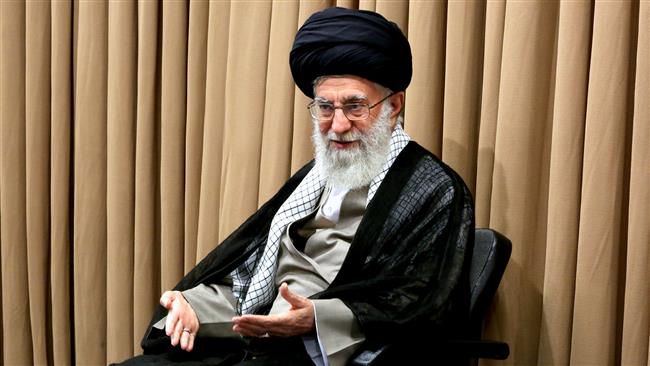 UPDATE 0820 GMT: The Supreme Leader has published his message under the headline, “Hajj Hijacked by Oppressors”.

The opening sentence leaves no doubt about the “oppressors”: “Because of Saudi rulers’ oppressive behavior towards God’s guests, the world of Islam must fundamentally reconsider the management of the two holy places and the issue of hajj.”

The social media campaign of the Supreme Leader’s office reinforces the accusation with the hashtag “#alSaudHijacksHajj”.

Khamenei writes of Saudi Arabia as a vassal State of the US and Israel:

Those who have reduced hajj to a religious-tourist trip and have hidden their enmity and malevolence towards the faithful and revolutionary people of Iran under the name of “politicizing Hajj”, are themselves small and puny satans who tremble for fear of jeopardizing the interests of the Great Satan, the U.S.

Saudi rulers, who have obstructed the path of Allah and Masjid ul-Haraam this year and who have blocked the proud and faithful Iranian pilgrims’ path to the Beloved’s House, are disgraced and misguided people who think their survival on the throne of oppression is dependent on defending the arrogant powers of the world, on alliances with Zionism and the U.S. and on fulfilling their demands. And on this path, they do not shy away from any treason.

The Supreme Leader repeats that “Saudi rulers were at fault” for last September’s deaths of thousands of pilgrims, and for earlier incidents, before stepping up his damning rhetoric:

#Iran leadr on #MinaStampede: Saudis locked up the injured w the dead in containers instead of providing medical treatmnt.They murdered them

Their propaganda mouthpieces — from the politicians whose behavior towards the Zionists and the U.S. is a source of disgrace for the world of Islam, to impious and haram-eating muftis who blatantly issue fatwas against the Book and Sunnah, and to media minions who are not even deterred by codes of professional conduct from spreading and telling lies — are making futile efforts to show that the Islamic Republic is at fault for depriving Iranian pilgrims of this year’s Hajj pilgrimage.

He concludes, “Muslims should reconsider management of Hajj”, taking it from the Saudis.

ORIGINAL ENTRY: The Supreme Leader’s office has said that Ayatollah Khamenei will issue an “important message to Muslim brothers and sisters attending Hajj rituals”, even though Iranian pilgrims are not participating in the rituals in Saudi Arabia.

Khameni’s message is to be published on his website and all Iranian State media on Monday.

Iran suspended its involvement in the pilgrimage to Mecca after last September’s Mina disaster, in which thousands of pilgrims were trampled to death as they marched to the Stoning of the Devil ceremony. Tehran’s officials said 464 of the victims were Iranians.

Some officials in the Iranian regime accused the Saudi monarchy of deliberately causing the tragedy. That accusation has receded, but Tehran maintains that Riyadh’s negligence is to blame.

The dispute was compounded in January, after Saudi Arabia executed a prominent Shia cleric and a protesting crowd attacked the Saudi Embassy in Tehran. Riyadh soon broke diplomatic relations.

Iranian and Saudi officials tried this summer to reach some accord which will allow Iranians to make the pilgrimage, but the discussions broke down. Tehran accused the Saudis of obstruction, while Riyadh asserted that the Iranian regime maintained the ban in pursuit of political advantage.

Student and women’s rights activist Bahareh Hedayat has been released from prison after almost seven years.

Hedayat was detained in December 2009 as the regime tried to suppress mass protests following the disputed Presidential election. She was sentenced to 7 1/2 years in prison for “acting against national security”, “insulting the leader”, and “insulting the President”.

While in prison, she was sentenced to an additional six months for writing a letter — with fellow student activist Majid Tavakoli, also detained in December 2009 — calling on students to continue their peaceful struggle for more rights.

Hedayat, on prison furlough in 2012, with her husband Amin Ahmadian: 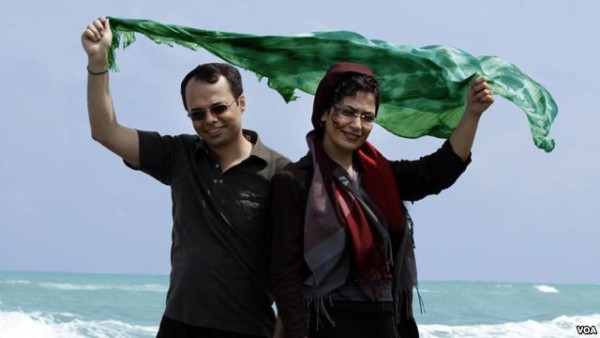