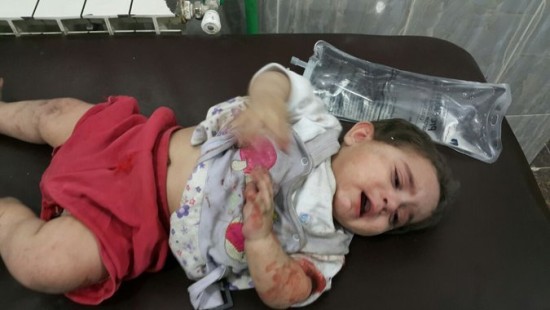 Omran Daqneesh, a small Syrian boy from the embattled rebel-held section of Aleppo, somehow snapped to attention millions of people around the world, who watched and shared the arresting video of him as he wiped dried blood and thick soot from his face.

The widespread interest in 5-year-old Omran surprised the doctors who treated him, the photographer who shot the video and many Syrians who wondered whether the world had only just discovered how children have suffered every day in a war that has raged for more than five years.

On Saturday, Omran’s 10-year-old brother, Ali, died of wounds he suffered during the same attack, medical workers said. Ali’s death, which did not draw the same instant social media outpouring as Omran’s suffering, only underscored how many Syrian children are dying under the radar of the wider world.

See also Syria Opinion: Omran’s Picture — “This Moment Must Become a Movement to End the War”
Syria Feature: Will This Injured Boy’s Iconic Photo Change Anything? Probably Not.

Omran was injured on Wednesday by either a Syrian or a Russian airstrike — Russia has denied involvement — that destroyed the building where his family lived in eastern Aleppo. On Thursday, a pro-government website published a photograph of a young girl that it said was hurt — around the same time as Omran — by rebel mortar attacks on the government-held western side of the city.

The rebels have no air power, and the devastation in Aleppo has been greater on the rebel-held side….For each family, the loss is immeasurable. And there are children constantly caught up in battles in other places, on all sides, across war-torn Syria.

Omran’s picture has resonated for reasons obvious and unknowable. Here are images of seven of the many other children treated in the past week at hospitals in the same region. They are taken from among several that were posted by doctors and other residents of Aleppo on a WhatsApp group for journalists. 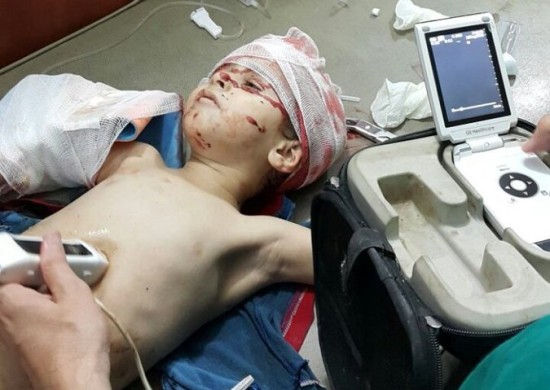 Doctors did not know who this child was when he arrived at the same hospital that treated Omran. On Wednesday, Ahmad had been separated from his family — as happens to many children in the chaotic aftermath of an attack — in the Mashhad neighborhood of Aleppo.

He underwent surgery for serious injuries to his head, groin and right arm and leg. Later identified, Ahmad was kept in the intensive care unit of the hospital along with his father.

Late on Friday, he died from his injuries. 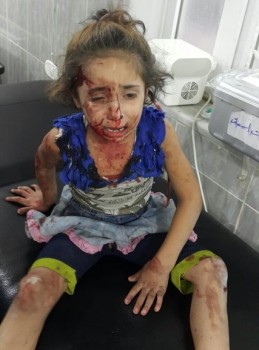 The Hanoun sisters were wounded on Wednesday in the same airstrike that injured Omran. They were among 12 children under 15 who were treated at the same hospital in Aleppo. Both of the girls had suffered shrapnel wounds, but were treated and then released on Thursday morning. Doctors shared their picture with the WhatsApp group around the same time they shared the photograph of Omran. 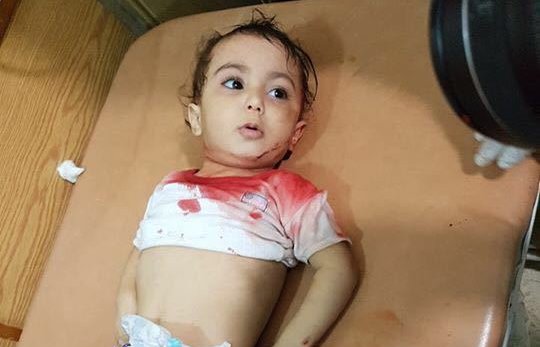 Aisel suffered wounds to her head and to one of her legs on Tuesday, and was treated at Al Quds hospital. The severity of her injuries could not be confirmed because doctors were busy treating new cases. But activists have nicknamed her “Syria’s Cinderella” because of a picture that one took of her shoes — Mary Janes, worn with white socks.