Syria 1st-Hand: “It is Hell” — An American Surgeon Inside Aleppo 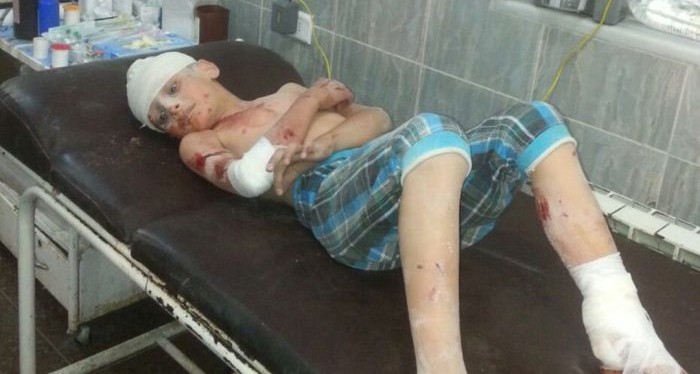 PHOTO: An injured boy inside the hospital in opposition-held Aleppo

On Friday, an American surgeon working in the opposition-held area of Aleppo spoke with Sophie McNeill of the Australian Broadcasting Corporation:

The only thing that got me through it was the bravery and solidarity of the medical personnel around me.

It had been that way every day I was there, but on the second day of Eid [last Thursday], there was heavy bombardment from helicopters and jets. The worst I had seen. Whatever “ceasefire” has been advertised in the media is a lie.

We could not show fear. We had to be strong for other staff and for patients. Everyone here had no choice but to do their best.

One nurse said he feels like “we are nothing but bugs being crushed and the world has abandoned us”.

[I get] Just a few hours’ sleep here and there. That’s just me — I haven’t even mentioned the other doctors and nurses and the innocent civilians living in fear.

We had to do procedures in the ER, that should have been done in an operating room, on children, as they’d scream for their missing parents and siblings. But no operating rooms were available and patients keep coming and we have to keep moving. I had to do things that I would never do, like wash out open fractures in the emergency room….With all the operating rooms full, you have to do what you can. 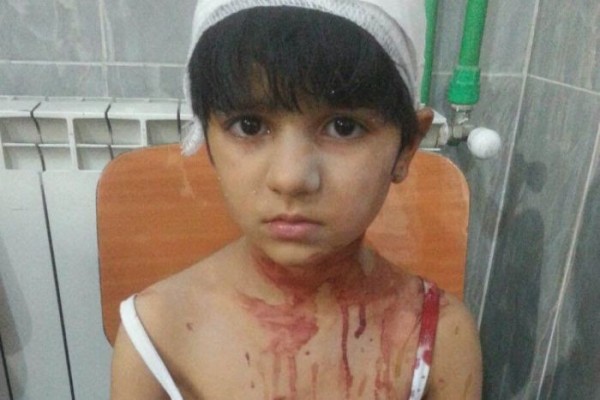 The main road into Aleppo is being choked by aerial bombardment and sniper fire. The threat of an encircled siege is looming as imminent, but all we could do is focus on the work at hand. All operating rooms were full with patients undergoing lifesaving surgeries.

In the hallway outside the OR, you see Aleppo doctors and nurses inserting chest tubes into patients to save their lives and allow their lungs to expand. Meanwhile, the ER was utter chaos with more patients flooding through the door. And the chief surgeon stood calmly triaging who went where, who got what.

We had to stop doing CPR on some children who probably would have made it. But we had to save those who were bleeding but still alive, and had a better chance of making it. Those are not easy decisions even for seasoned doctors, but in Syria, these are everyday decisions.

I have no words to describe the fear and the horror there. I saw so many people die. You wake up from a nap and go to the ICU and find out who is still alive and who is dead.

The medics and rescue workers here are the most courageous and resilient group of people. They don’t want sympathy or tears or condolences or apologies or concerns or worries. Some said they needed more body bags.

They just want these airstrikes to stop.