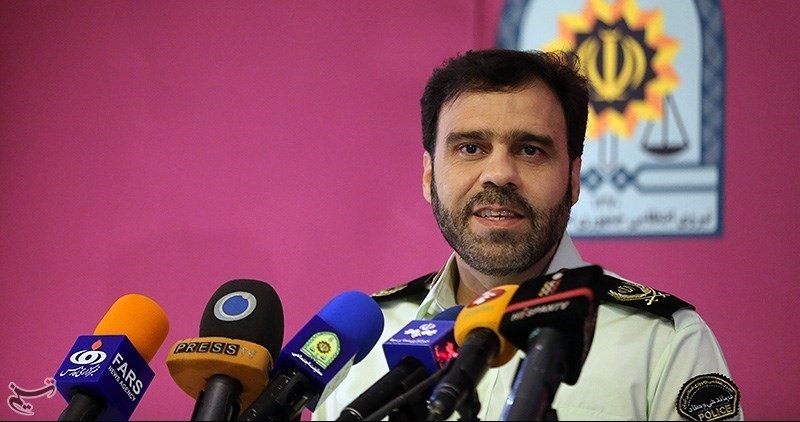 General Saeed Montazer al-Mahdi, a spokesman for the Iranian Police, criticized Pakistani border posts and security agencies for ignoring “terrorist” attempts to cross into Iran. Implicitly referring to a series of attacks on border guards, police, and Revolutionary Guards in recent years, he said, “This is not the first time that terrorists have tried to enter Iran with the Pakistani Government paying no attention to such incidents.”

The border guards were ambushed on Wednesday in the Jakigour region on the Iranian side of the frontier. Iranian officials initially said a “number” of attackers were killed or injured; however, they later said that the suspects had fled into Pakistan.

The officials did not clarify if the attackers were “armed bandits”, as some Iranian media headlined, or members of insurgent groups.

General Montazer al-Mahdi said, “Currently, high-ranking commanders of the border police are in Jakigour border district and are pursuing [efforts] by Pakistan’s security forces and border guards to arrest and deal with the terrorists.”

Baluch insurgents have long waged an armed campaign in the province, including attacks by the group Jundullah. Iran curbed Jundullah in 2010, when it captured and executed the faction’s leader Abdulmalek Rigi. However, the Sunni group Jaish ul-Adl has continued armed operations since 2013, killing and capturing Iranian border guards and police.

In spring 2014, Jaish ul-Adl’s kidnapping of five guards, taking them across the border into Pakistan, raised tensions between Tehran and Islamabad. Four of the guards were eventually released while the fifth was killed.

The killing of the border guards has come amid a sustained campaign by the Iranian regime emphasizing the threat from “terrorists”.

For weeks, the Supreme Leader and high-level officials have been proclaiming the menace across the country. They have featured two men, accused of being Islamic State members and plotting 50 attacks in Iranian cities, with a prime-time TV special this week highlighting the suspects’ “confessions”.

Iranian security force have fought Kurdish insurgents in northwestern Iran in a series of clashes. On Thursday, officials said another two “outlaws” had been killed, bringing the week’s total to 13.

General Mohammad Hossein Rajabi, the Revolutionary Guards commander in Kordestan Province, declared that the head of the group had confessed in his diary that the outlaw activities were “ineffective”, and that he had no public support.

The Supreme Leader has used the terrorism theme to link his warnings about the challenge of “sedition” within Iran to criticism of the US and other powers in the Middle East. On Wednesday, he proclaimed that the US, Britain, and Israel were behind terrorism throughout the region.

Journalist Afarin Chitsaz, appealing a 10-year prison sentence, has been released on bail.

Chitsaz was freed on Wednesday upon payment of 1 billion Tomans (about $325,000).

A columnist for the Government’s official newspaper Iran, Chitsaz was detained in early November with three other journalists, accused of being members of an “infiltration network” accused of colluding with hostile Western governments.

Ayatollah Ahmad Khatami, a Tehran Friday Prayer leader and member of the Assembly of Experts, claimed the journalists had “confessed” to collaborating with foreign agencies to spy inside Iran.

In April 2016, Chitsaz was sentenced on charges of “gathering and colluding against national security” and “collaborating with foreign governments”.

Two of the other journalists, Ehsan Mazandarani and Saman Safarzaei, were sentenced to seven and five years’ imprisonment. Isa Saharkhiz’s fate is still unclear.

UN Secretary General Ban Ki-Moon has criticized Iran’s ballistic missile tests, saying that they “are not consistent with the constructive spirit” of the July 2015 nuclear deal.

In a confidential report leaked to media, Ban said that it is up to the UN Security Council to decide if the launches in March violated a resolution adopted at the time of the agreement between Iran and the 5+1 Powers.