Iran Daily: “We Will Severely Confront Any Move Over Our Missiles” 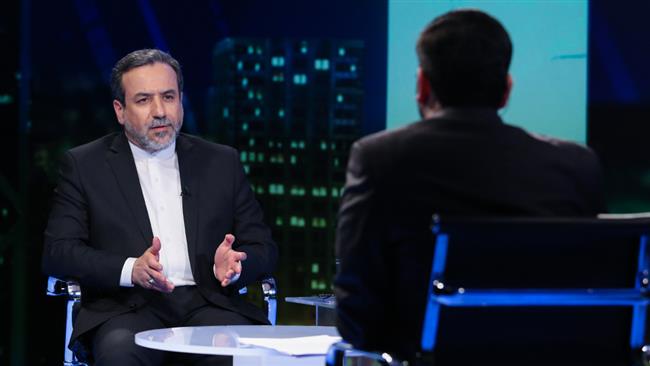 Iran has warned that it will “severely confront” any attempt by the US and European powers to restrict its ballistic missile testing.

Deputy Foreign Minister Abbas Araqchi said on national television on Monday night, “We will severely confront any move — be it political, legal, or technical — that hinders our missile program.”

The issue has limited the July 2015 nuclear deal, implemented in January between Iran and the 5+1 Powers. Claiming that the launches of medium-range missiles violate a UN resolution passed at the time of the agreement, the US has imposed new sanctions on Iranian individuals and companies linked to the program.

In late March, the US, Britain, France, and Germany said they would take the matter to the UN Security Council, although it is unlikely that any action will be approved because of likely Russian and Chinese objections.

Last week, a draft report by UN Secretary General Ban Ki-Moon, leaked to the media, said that the missile tests in March were incompatible with the “constructive spirit” of the nuclear agreement. However, he said any measures were up to the Council’s 15 members.

Iranian Foreign Ministry Spokesman Bahram Qassemi repeated on Monday that Iran’s missile program is not in breach of Resolution 2231, because the Qiam missiles are not capable of carrying nuclear warheads.

In the March launches, the missiles flew up to 1,400 km (870 miles) inside Iran, hitting their targets with precision, according to the Iranian military.

“We Should Push US and Europe Back”

Araqchi said on Monday night, “We should always expect [the US and European powers] to try and come forward regarding the missile issue at whatever opportunity [they can find], and we should push them back.”

The Supreme Leader’s top advisor, Ali Akbar Velayati, added, “The Americans have failed to fulfill their obligations [under the nuclear deal], which were the removal of the sanctions and their effects, freedom of trade and scientific, technological, and business ties between Iran and Western countries.

He censured the other 5+1 Powers — Britain, France, Germany, Russia, and China: “We have to demand the reason for their silence on the Americans’ oath-breaking.”

A senior advisor to President Rouhani has announced the resignation or dismissal of 13 officials over the “payslips scandal” that has taken over Iranian politics in the past month. of its officials whose bills went viral in the social media.

Mohammad Baqer Nobakht said on Tuesday that, following an inquiry ordered by President Rouhani, that the Government is closing loopholes that allowed the excessive annual salaries, bonuses, and perquisites amounting to hundreds of thousands of dollars for each official. He said the Cabinet would inform the media of all approved actions.

The revelations of the payslips in the Iranian media fueled public anger at the disparity between the benefits for the officials and those enduring Iran’s difficult economic situation. The Supreme Leader led calls for immediate action.

Earlier this month the Government dismissed the heads of four banks.

The Iranian site Tasnim has acknowledged that Hezbollah is training “hundreds” of the Iran-recruited Afghan fighters in Syria.

The side claimed that there were hundreds of Fatemiyoun Brigade “snipers” alone, as Iranian media testify to the escalation of Iranian and Iranian-organized forces supporting the Assad regime and Syrian military.

The Afghans have been brought into Syria by the Iranian military since 2012. They are recruited with a combination of appeal to religious duty, incentives of money and long-term residency in Iran, and threats of deportation and pressure on their families.

Once in Syria, the fighters often serve as “cannon fodder” for Iranian-led attacks on rebel positions.

After months of deliberation and debate, Iran has approved new oil and gas contracts for deals with foreign companies.

The Iran Petroleum Contract may replace the buy-back system, in place for more than 20 years, to allow foreign firms to book reserves or and take equity stakes in local companies.

The IPC is essential to the Rouhani Government’s plans to raise crude production through foreign investment. However, it has been held up by hardline objections to the initiative.

Iran’s Revolutionary Guards, which has a significant stake in the energy sector, are wary of any foreign entry which could take over their interests.

The Supreme Leader warned last week that no new oil and gas contracts would be awarded without necessary reforms.

After changes, the IPC was approved by the Resistance Economy Headquarters, the advisory body formed last year to oversee Ayatollah Khamenei’s vision of the “resistance economy” for self-sufficiency.

Foreign investment, crippled by US-led sanctions, effectively ended years ago with the departure of Russian and Chinese companies from development of oil and gas fields.