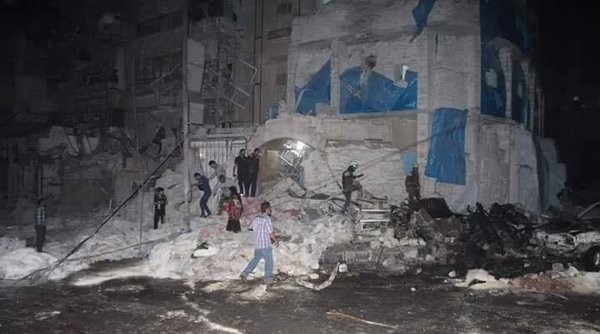 Local journalists and activists put the death toll at more than 50, including 13 women and 15 children. The casualties are likely to rise, as dozens of people were trapped under rubble.

The international medical organization Medecins Sans Frontieres, which supported the hospital, said at least 14 patients and medical staff — including three doctors — were among the dead. One of the victims was the last pediatrician in east Aleppo, Muhammad Maaz.

Activists said that Russian and Syrian warplanes dropped more than 250 bombs in and near Aleppo last night.

Anguished people at the scene:

A rescuer at the scene says, “I don’t know if I’m now standing on the bodies of women and children”:

This. Is. Heartbreaking: 'I don't know if I'm now standing on the bodies of women and children.' pic.twitter.com/6y8loTV0kL

More than a dozen hospitals in Aleppo city had already been closed because of the airstrikes, leaving only a few operating.

In the initial months after Russia’s military intervention last autumn, Russian and Syrian warplanes hit at least 27 medical facilities, most of them in the northwest. Scores of people were killed, many of them medical staff. 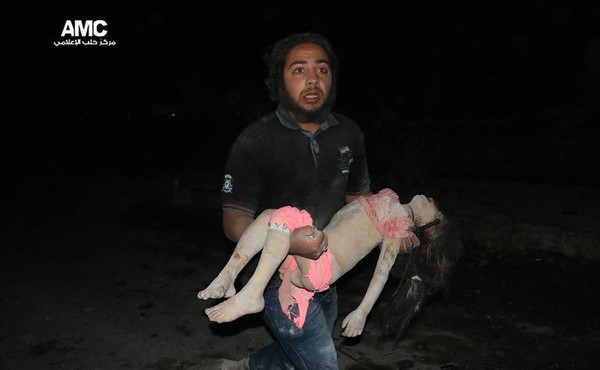 Doctor: “Assad Has Crossed All the Lines”

Journalists from the website Vocativ toured the latest destroyed hospital last year. Dr Hamza al-Khatib recalled that a Palestinian colleague asked, “Why don’t you give the GPS coordinates of the hospital to the regime so they won’t hit it?”

The doctor, who served two hospitals, said he would not leave:

People here don’t think about the future. We live each day by each day. At any time a rocket could come and destroy this hospital…but until then, we have patients, and we have to treat them.

It is not known if al-Khatib survived last night’s attack.

Mourning one of the casualties: 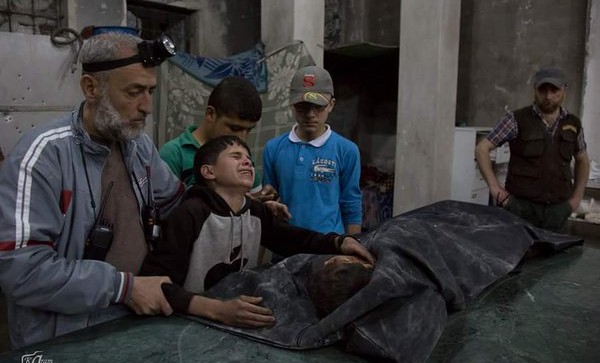 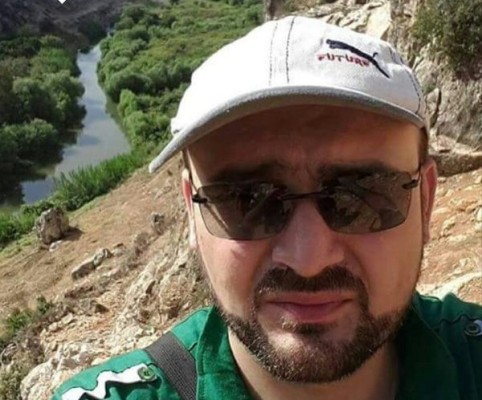 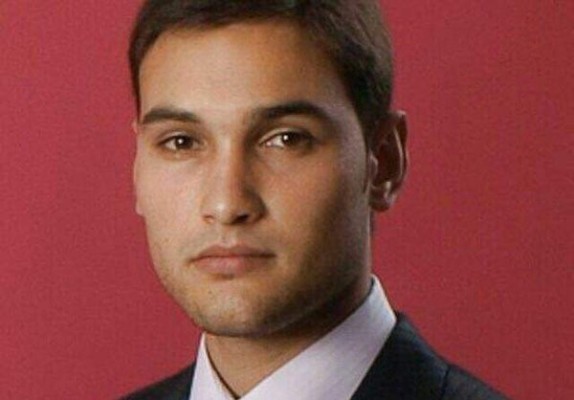 Two mothers in Aleppo protest the killing of the doctors: 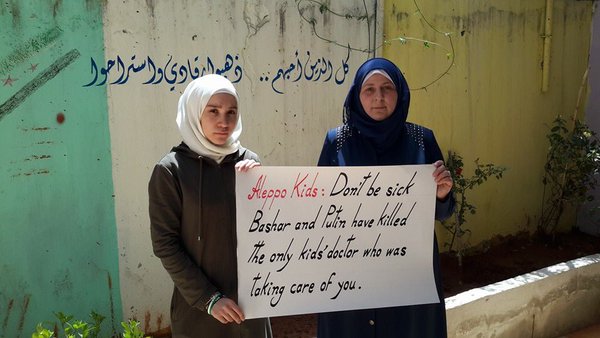 Retrieval of bodies after another deadly attack in Aleppo on Wednesday: