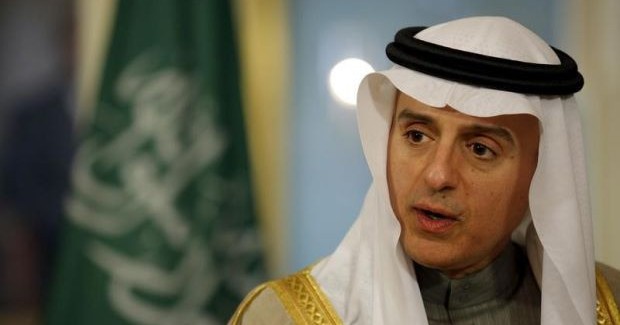 Saudi Arabia’s Foreign Minister has declared that Syria’s President Assad is “finished”, as Riyadh sent another military signal with the despatch of jets to the Incirlik airbase in Turkey.

Speaking with CNN, Adel al-Jubeir repeated the Saudi declaration, made last week, that it is prepared to send ground forces into Syria if requested by the US-led coalition fighting the Islamic State:

Last Sunday, the Foreign Minister made an unscheduled visit to Washington to discuss matters with Secretary of State John Kerry.

Riyadh has been unhappy with the US reluctance to act against Assad, preferring instead to work with Russia, even as Moscow bombed in support of the regime-Iranian-Hezbollah offensives against Syrian rebels.

Turkish Foreign Minister Mevlut Cavusoglu confirmed the Saudi aerial deployment on Saturday: “Saudi Arabia declared its determination against Daesh [the Islamic State] by saying that they were ready to send both jets and troops.”

About 20 Saudi jets reportedly arrived at the base in Adana in southern Turkey.

Cavusoglu indicated that ground operations might also be pursued:

At every coalition meeting we have always emphasised the need for an extensive result-oriented strategy in the fight against the Daesh terrorist group.

If we have such a strategy, then Turkey and Saudi Arabia may launch an operation from the land.