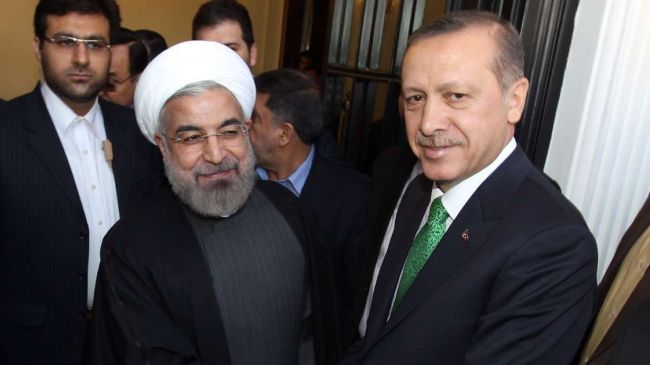 Iran’s officials have launched a series of verbal attacks on Turkey over the Syrian conflict, supporting a Russian campaign against Ankara.

The criticism stems from the escalation in foreign intervention at the end of September, when Russia began airstrikes, especially against opposition-held areas. At the same time, Iran put in commanders and troops to support and sometimes lead Iranian-Hezbollah-regime ground offensives.

The intervention was challenged two weeks ago by the Turkish downing of a Russian warplane near the Turkish-Syrian border, prompting an intense Russian propaganda campaign against Ankara. The allegations including the Turkish Government’s support of the Islamic State, notably through collusion with ISIS oil trade in Turkey.

On Friday, Iran’s Foreign Ministry added to the pressure, as spokesman Hossein Jaberi Ansari called on “neighboring countries” to “show decency and mutual respect in relations, avoid adventurism, and accept the responsibilities of their political stances”.

Ansari added, “Pursuing policies and adopting stances that intentionally or unintentionally support terrorism in Syria and Iraq will only lead to an exacerbation of the ongoing crisis in the region and an increase in the problems of the countries that adopt such policies.”

Iranian officials also hit back at the claim of Turkish President Recep Tayyip Erdoğan that he warned President Rouhani to avoid “participating in Russian slander” over the alleged Islamic State-Turkey oil link, including claims of the involvement of Erdoğan’s son Bilal. Instead, the Secretary of the Expediency Council, Mohsen Rezaei, said:

If the government of Turkey is not aware that ISIS is selling oil to their own country, we are prepared to give them this information….Iranian advisors in Syria have filmed and taken pictures of the routes of ISIS oil trucks to Turkey and this information can be published.

The most dramatic initiative was that of an Iranian MP, building on Russian propaganda earlier in the week, to accuse President Erdoğan’s son Bilal of profiting from the Islamic State’s oil.

In fact, the men with Erdoğan were reportedly the owners of the restaurant. 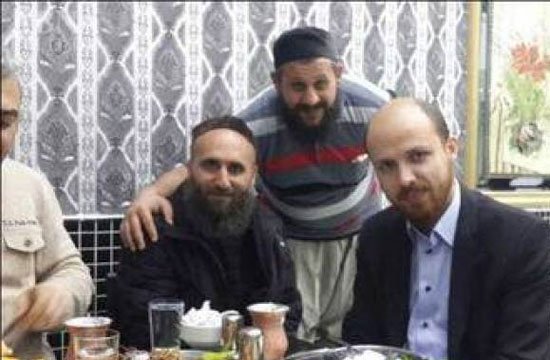 Ninety Iranian journalists have signed a statement calling for the release of four colleagues arrested last month by the Revolutionary Guards.

The journalists said the accusation against the quartet of “cooperation with foreign media” was “baseless and repetitive”:

Even the President of the Islamic Republic himself [Hassan Rouhani] has said that the arrests were based on “trumped-up” charges. These arrests, following unfounded accusations published in media affiliated with security and military agencies, are against Iranian and international laws which the Islamic Republic has a responsibility to honor.

The Revolutionary Guards launched a crackdown this autumn with the detention of journalists, activists, and businessmen, including two US citizens. On November 2, the arrests of Isa Saharkhiz, Ehsan Mazandarani, Saman Safarzaie, and Afarin Chitsaz were made public. A day later, an “intelligence expert of the Revolutionary Guards” said on State TV that the journalists were apprehended for being members of an “infiltration network belonging to the US and UK governments” and had “received money from abroad through moneychangers”.

President Rouhani reacted on November 4 with the warning, “We mustn’t pick one or two people from here and there on excuses, in order to fabricate a case for them, and then exaggerate this case in the country and say this line is the ‘line of infiltration’.”

The Secretary of the Supreme National Security Council, Ali Shamkhani, expressed optimism that the four journalists would soon be freed: “It seems these friends don’t have a problem. They were told that what they did was wrong and they have accepted it, although some of them said they were not aware [of any illegal activity].”

However, amid claims from the Revolutionary Guards that the Government is appeasing “sedition”, the Government has not intervened further in specific cases.