Syria Video Appeal: “Save the Children from Freezing” 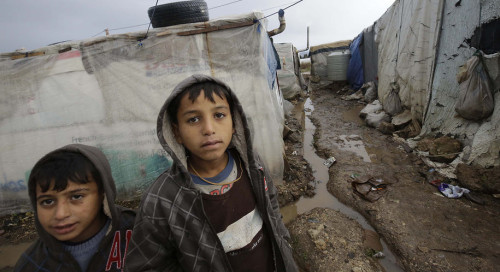 There are more than 4 million Syrian refugees, with another 7 million displaced inside the country.

While criticizing the Assad regime and its allies from Iran, Russia, and Hezbollah for causing the crisis, al-Abdallah also challenges the international community, the Lebanese Government, and Gulf States to act:

After it rains and snows, it is too late to send people to send us studies and all the bureaucratic procedures. Let’s think to help them now.