PHOTO: A market in Ariha in northwest Syria, destroyed by Russian bombing on Sunday

At least 44 people were killed and 70 wounded in a market in northwest Syria bombed by Russian warplanes on Sunday.

The Russian strikes, reportedly including cluster bombs, hit Ariha in Idlib Province. The town, south of the provincial capital of Idlib, was captured by rebels in late May.

Russia has stepped up attacks on border crossings, infrastructure, and civilian sites throughout Idlib and Aleppo Provinces since last Tuesday, when a Russian warplane was downed by two Turkish F-16 jets near the Turkish-Syrian border.

On Sunday, the bombs also destroyed a large bakery, the second demolished by the Russians in the past week. Attacks were also reported on the city of Jisr al-Shoghour and the town of Kafr Takharim.

The rubble of the bakery near Saraqeb in Idlib Province: 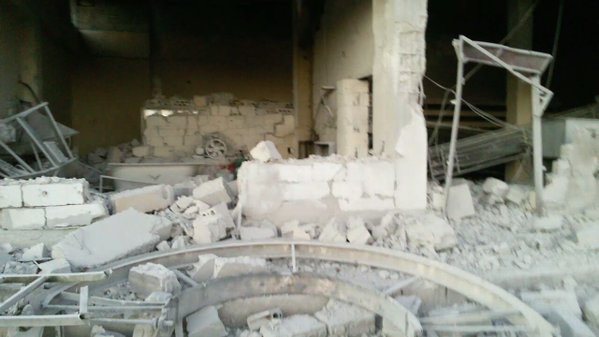 Destruction of trucks and buildings near the town of Azaz and the border crossing with Turkey:

The Local Coordination Committees said at least 88 people died on Sunday across Syria. In addition to the Idlib deaths, 20 people were killed near Damascus and 13 in Aleppo Province.

Russia says its bombing campaign, launched on September 30, is directed against the Islamic State; however, more than 80% of the strikes have been on opposition-held areas.

The Revolutionary Guards have again denied that the Quds Force commander, General Qassem Soleimani, has been injured in the Syrian conflict.

In its third denial in two weeks, the Guards’ site Fars News, quoted a claimed Soleimani interview with the Arabic-language al-Waqt, in he said he was “looking for martyrdom”.

Soleimani referred to the death of Iran’s former Ambassador to Lebanon, Ghazanfar Roknabadi, during the stampede in Saudi Arabia last month: “His martyrdom in Mecca while fulfilling pilgrimage was a glorious end for him.”

Asked about rumors about his injury or death in Syria, General Soleimani supposedly said, “This what I have been looking for in all plains and mountains.”

Fars has previously rejected rumors with statements from Guards spokesmen, pictures of Soleimani, and even the claim that the General oversaw the mission rescuing the Russian navigator whose warplane was shot down near the Turkish-Syrian border last week.

Kremlin spokesman Dmitri Peskov, speaking about Vladimir Putin’s “quite intense” 30-minute meeting with Barack Obama on the sidelines of the Paris climate change summit on Monday, said that Obama had “expressed regret over the incident with the Russian plane that was downed by the Turkish air force in Syria”.

“Putin and Obama spoke in favor of moving toward the start of a political settlement [in Syria],” Peskov said.

A White House official said Obama expressed US support to Putin for a “de-escalation between Russia and Turkey”. However, the President restated that Bashar al-Assad must step down and Russia must focus its military efforts against the Islamic State. 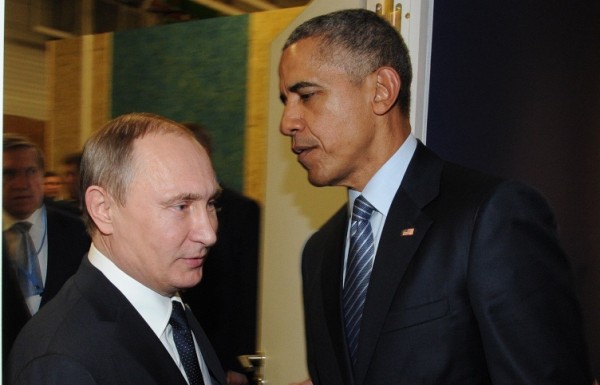 The European Union criticized the Assad regime on Monday for “gaps and contradictions” in its declarations about its chemical weapons arsenal.

Addressing the opening day of the annual meeting of the Organization for the Prohibition of Chemical Weapons, EU representative Jacek Bylica said the lack of clarity from Damascus “makes it impossible to have confidence that its chemical weapons program has been irreversibly dismantled”.

The Assad regime declared an arsenal of 1,300 tons of chemical stocks and weapons when it joined the OPCW in 2013, amid pressure over its attacks with sarin nerve agent in August 2013 which killed more than 1,400 people near Damascus.

More than 99% of the declared materials have been destroyed, but questions remain over whether the regime made a full declaration.

Bylica said that, during behind-closed-doors meetings this year, member states were shown “alarming findings” of the declaration review team. He said that, in five reports, “more new questions arose than found satisfactory answers”.

Turkey PM: No Apology to Russia Over Downing of Warplane

Turkish Prime Minister Ahmet Davutoğlu has repeated that Turkey will not apologize to Russia for Tuesday’s downing of a Russian warplane on the Turkish-Syrian border.

Davutoğlu said at a press conference with NATO head Jens Stoltenberg, “No country can ask us to apologize because [we were] doing our job. Our action was a defensive action.”

He added, “This is more of an issue of dignity for us.”

Russia has said that President Vladimir Putin will not accept any contact from Turkish counterpart Recep Tayyip Erdoğan, who has requested a meeting in Paris on the sidelines of this week’s climate change summit, until Ankara apologizes.

Erdoğan said over the weekend that he felt sorrow over the incident, in which two Turkish F-16 jets downed a Russian Su-24 strike aircraft and killed the pilot, but stopped short of apologizing.

Meanwhile, Stoltenberg reiterated that the NATO was pledging support to Turkey in its efforts to defend its borders.

“Turkey has the right to defend itself and [its] airspace,” said Stoltenberg.

Turkey PM: “Arms to Syria” Investigation Targeted President and Me

Davutoğlu told a group of journalists en route to Brussels on Sunday that the operation in January 2014, in which a convoy of trucks was halted and arms and ammunition were found, and the “wiretapping of our room later” was a “treacherous activity which was conducted to bring all three of us to the International Criminal Court”.

Davutoğlu was Foreign Minister and Erdoğan Prime Minister at the time of the incident.

Last Thursday, Turkish authorities arrested the editor and Ankara Bureau Chief of the newspaper Cumhuriyet, which broke the story of the convoy.

In February 2014, a ban was imposed on the publication of reports about the incident, and in April 2015 a Turkish court arrested 17 soldiers who stopped the trucks.