Syria Analysis: Was It Legal to Kill “Jihadi John”? 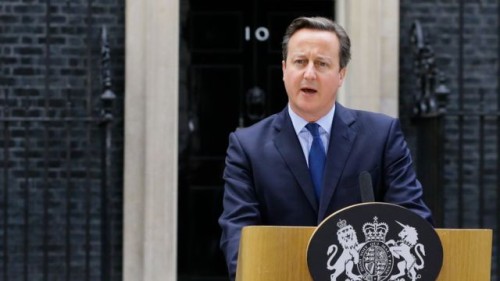 Fiona de Londras of the University of Birmingham writes for the Conversation about Thursday’s claimed killing of the Islamic State fighter Mohammed Emwazi, dubbed “Jihadi John” by the British media, in Syria:

See also Syria Feature: The Life of “Jihadi John” — How 1 Man Became the Symbol of the Islamic State

Mohammed Emwazi appears to have been killed in a US-operated drone strike. According to British Prime Minister David Cameron, this was a major blow at the heart of Islamic State.

The Prime Minister assured the public that he had received clear advice from the attorney general that the strike was legal, while former Attorney General Dominic Grieve told BBC Radio 4:

You can’t use a strike as an instrument of retribution but you can use it for legitimate self-defence. And if a person is threatening people and is outside the ordinary justice system because you can’t bring them to account or stop their activities then there is a legitimate base — I think it is widely recognised as such – to act in self-defence including using legal force.

The attack was the latest in a remarkable number of such targeted killing operations sanctioned by Barack Obama since his election in 2008. In November 2014, the campaign group Reprieve claimed that US drone attacks targeting 41 people had resulted in 1,147 deaths.

There have been more such attacks since then. Until recently, the UK had not formally engaged in targeted killing, but that changed with the assassinations of Reyaad Khan and Ruhul Amin in August. Following the Emwazi strike Cameron said that the UK worked “hand in glove” with the US in preparing for it.

Whether killing this one man constitutes a significant operational blow to IS is certainly debatable, but so too is the legal case underpinning targeted killing generally. As Philip Alston, the UN special rapporteur on extra-judicial, summary or arbitrary executions, put it: targeted killing results in “the displacement of clear legal standards with a vaguely defined licence to kill, and the creation of a major accountability vacuum”.

Although targeted killing has long been part of America’s approach to counter-terrorism (US analyst Christopher Fuller traces it back to the Reagan era and its roots arguably go back to Vietnam), a number of legal questions have never been fully settled.

Who Can Be Targeted?

There are some things that we do know. First, in the absence of an armed conflict, targeted killing is an unlawful violation of the right to life, protected in international human rights law. This highlights the importance of the decision, taken by then US President George W. Bush, almost immediately after the 9/11 attacks, to characterize the response as a “war on terror”.

Even if there is an armed conflict, international humanitarian law applies. This requires states to distinguish between combatants (who can be targeted) and civilians (who cannot, unless they are directly participating in hostilities).

One major controversy in the context of targeted killings is whether the process of deciding to target someone with lethal force is sufficiently robust to ensure that the principle of distinction is honoured. Even if one argued that the video evidence of Emwazi’s activities purportedly on behalf of “Islamic State” sufficiently established his status as a combatant, how can we be satisfied that the same is true of other people targeted in these operations? And what of those who may die or be seriously injured as “collateral damage”?

These are mere indications of the kinds of legal questions that arise in relation to how we carry out targeted killings. However, the basic legal rationale of targeted killing per se is hardly settled. Obama and Cameron invoke the concept of self-defence under Article 51 of the UN Charter to justify use of lethal force without due process (without arrest, trial, and conviction), but in spite of Grieve’s quoted remarks above, that is a contested claim. Indeed, the amount of legal disagreement and debate around targeted killing is an interesting and an important phenomenon.

The commitment by the US and the UK of time and energy to making legal arguments purporting to justify targeted killing is an extension of both countries’ apparent commitment to legality — giving their counter-terrorism activities the appearance of formal legal justification. This is a clever and an important technique. Not only does it mark these states out as responsible, respectable actors, committed to something that might broadly be called a “rule of law” (thus distinguishing them from the “lawless” and “barbaric” terrorist enemy), but it also serves to shift the contours of legality; to change the rules of the game.

Legal debate serves another function here. Presenting targeted killing as something in relation to which there is at least an arguable legal justification enables political leaders to get out of answering harder, moral questions. By using technology to minimise the risk to “our” soldiers and “eliminate threats”, political leaders can avoid the moral and political pressure that comes from committing boots on the ground.

Of course, it is important for us to question the legality of what our governments do; to ensure that they remain within the law. But in the case of targeted killings there is a risk that the legal debate is so intense that the necessary moral debate does not take place.

Targeted killings such as this one are done in “our” name; to protect “our” security. And so, we must ask ourselves – and our leaders – these hard questions, and we must welcome rather than condemn interventions from politicians (such as opposition leader Jeremy Corbyn) who question the decision to kill rather than prosecute suspected terrorists.

As a democratically organised community operating under the rule of law, are we willing to accept the proposition that we can kill people (including our own citizens) abroad because of what we believe we know they did – or may do in the future? And, if so, can we accept the implications of this kind of prevention-orientated logic, legal or not?