Syria Video: The Rebels Fighting for the South 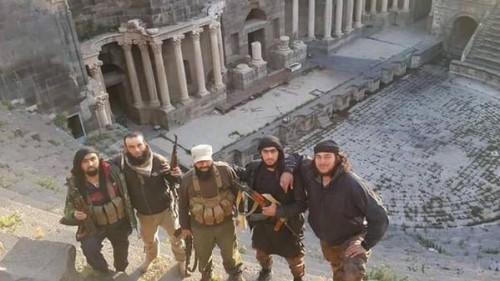 PHOTO: Rebels in the historic town of Busra al-Sham, captured in March

Vice News joins fighters of the rebel coalition Southern Front, battling to take territory from the Assad regime in the south.

The Southern Front had a series of victories this spring near the Jordanian border. However, it has been checked near the border with Suweida Province, with its large Druze population, and has been unable to complete the takeover of Daraa city where Syria’s uprising began in March 2011.

In a two-part documentary, the commander of the Free Syrian Army’s Fallujah Horan Brigade, Abu Hadi Aboud, talks with Vice about the campaign, while volunteerse explain how they are trying to save civilians from the Assad regime’s barrel bombs.