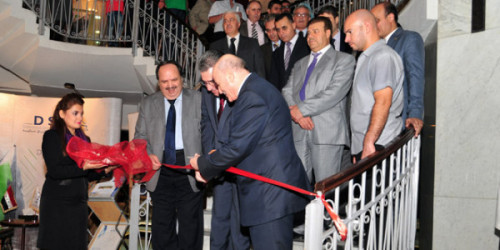 Syria’s economy might be in serious trouble, with high inflation, shortages of water and electricity, 95% of oil production lost, infrastructure destroyed, a drop of almost $120 billion in GDP between 2011 and 2014, and losses of more than $220 billion as of mid-2015.

But why focus on the depressing news when you can have an exhibition in one of Damascus’s luxury hotels?

The Public Works Minister Hussein Arnous opened the event, “The participation of 65 local, Arab and international companies is evidence of Syria’s steadfastness.”

The cynical might note that only a few men crowded onto a staircase behind Arnous seem to have been at the opening, while about 20 people were on hand for the keynote speech, “Rebuild Syria”. 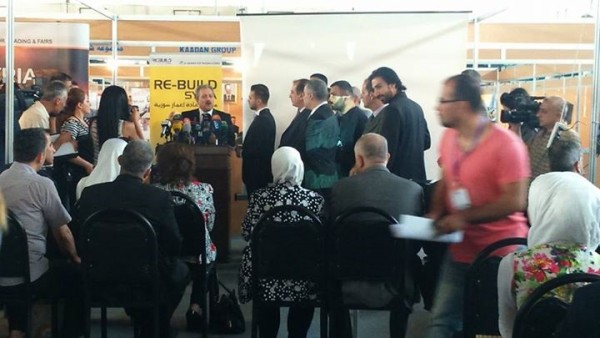 There were some more people in a very large hall. 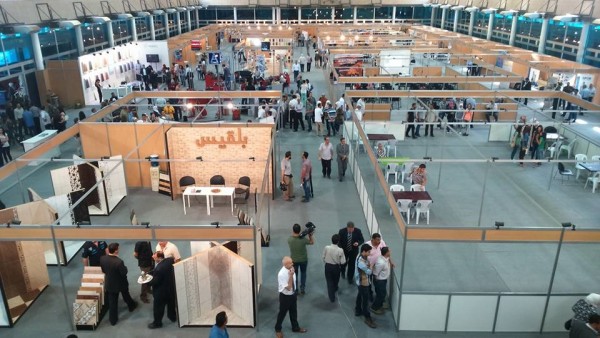 This trio seem to be looking at the reconstruction potential of some photographs, including one of President Assad: 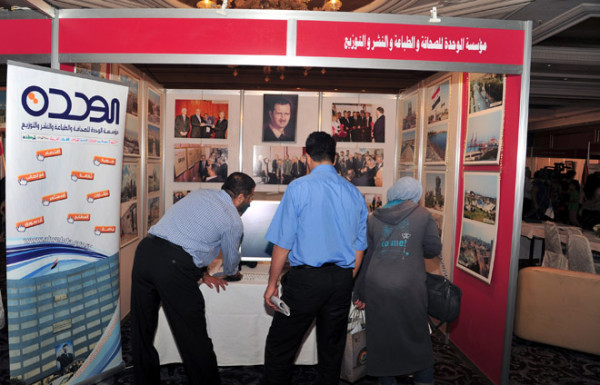 This man is waiting for someone — anyone — to come and ask him what “Trust Syria” means: 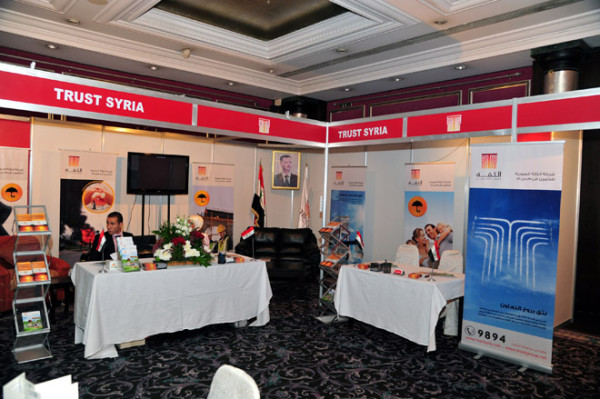 A handful of kiosks in the mostly empty exhibition space featured stone tiles and wood samples, including, inexplicably, fuchsia parquet, along with a collection of drills and, of course, posters of Syrian President Bashar al-Assad’s head. The thin crowd also perused large photographs of various buildings, which may or may not be standing today, across Syria.

But, as we said, why focus on the depressing? Here’s the Belarusian Ambassador, saying private industry from Minsk to Slutsk is “prepared to meet the needs of re-building Syria”.

And here’s the Director General of the Arab Advertisement Agency, who organized the expo: “This event reflects the determination of participating companies to continue working despite all difficulties.”

It is not known if those attending enjoyed popcorn and ice cream.

See Syria Special: Popcorn and Ice Cream — Reporting on Life and the Syrian Military in Damascus

However, there was cake. 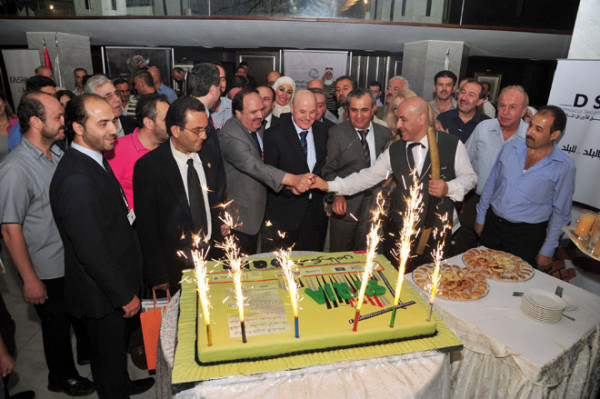