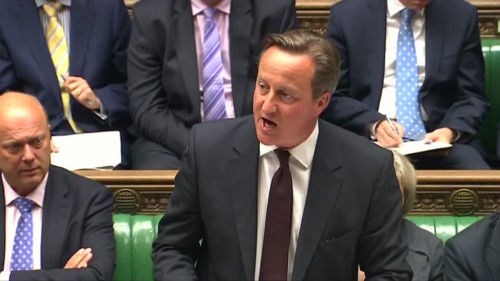 I was part of a panel discussion on BBC Radio Scotland on Tuesday afternoon, discussing the first British drone strike inside Syria. The attack killed three Islamic State fighters, including two British nationals.

The conversation covers the politics, the ethics, and the strategy — if there is one — around the airstrike. While there were questions about the morality of the attack — from the two political analysts, rather than the philosopher — the larger concerns were about the effectiveness of the strike.

Was the drone attack a necessity to prevent a terrorist operation on British soil, or was it a diversion from Britain’s failure to establish a political and military approach to the ongoing conflict? Will this show of strength versus the Islamic State help defeat the militants, or will it make the situation worse with local groups in Syria? Beyond the deaths of two British citizens, does London have an idea what it is doing?

Also on the panel are the University of Edinburgh’s Thomas Pierret, one of the top analysts in Britain of the Syrian conflict, and
philosopher G. Owen Schaefer of the National University of Singapore,

Listen to discussion from 15:17

PIERRET: This will not change anything in the campaign against the Islamic State, which is not working.

The problem is not a problem of means. It is a problem of strategy — the strategy is flawed. It is one-sided, addressing only one part of the problem, which is the Islamic State, and not the Assad regime. This prevents us from establishing partnerships with local communities, who are necessary partners to the fight against ISIS.

I don’t think there is a genuine determination to intervene more in Syria.

LUCAS: Ever since the mass escalation in killing of civilians in Syria in 2011, governments have found it difficult to deal with the issue. So rather than saying, “Look, let’s deal with the humanitarian crisis by creating a safe area, a protected area,” they have tried to retreat….

There is no legal case which has been established about whether the British Government has the right to kill two of its citizens abroad, without due process of law….And there is no evidence that has been produced that the British fighters were planning an imminent [terrorist] attack.