Turkey Feature: Kurdish PKK Talking to US Over Conflict with Ankara 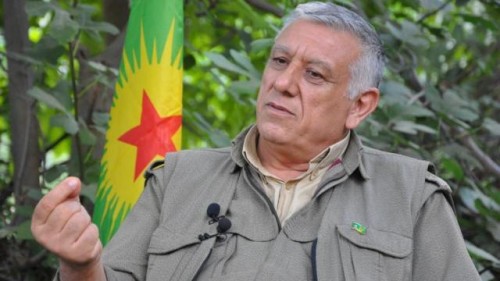 The leaders of Turkey’s Kurdish insurgency PKK are in indirect talks with the US — despite being listed by Washington as a terrorist organization — asking for Washington’s intervention in the conflict with Ankara.

Speaking to London’s Daily Telegraph, Cemil Bayik, one of the three members of the PKK’s interim leadership council, said the group would accept a ceasefire under US guarantees:

Of course there are messages, there are meetings, letters and they are likely to develop more. I repeat my call that the US mediate in this situation between us and Turkey, and if they give us a guarantee we accept that role.

Unless there are guarantees we cannot make unilateral steps.

Last month, Turkey renewed air attacks against the PKK in its camps in northern Iraq. The strikes followed the PKK’s shooting of Turkish policemen, claiming they were linked to the Islamic State — days after IS killed 33 young activists in a suicide bombing in southeast Turkey near the Syrian border.

With Turkey agreeing last month to use of its airbases by the US-led coalition against the Islamic State — and with Ankara proposing a “safe zone” in northern Syria along the Turkish border — Bayik’s statement appears to be a counter-appeal by the PKK. The leader said the Kurdish group is in a stronger position internationally because of its role in the fight against the Islamic State.

Accusing President Recep Tayyip Erdoğan of trying to provoke the PKK into a violent response, Bayik set out conditions for a permanent settlement, including 1) a halt to bombing and arrests of Kurdish activists; 2) access to PKK head Abdullah Ocalan, who has been in an isolated Turkish prison since 1999; and 3) an independent monitor for negotiations.

He concluded, “If America continues to back Turkey’s policies it is possible it will lose the Kurds. If America loses the Kurds, it will be difficult to defeat ISIL [the Islamic State].”