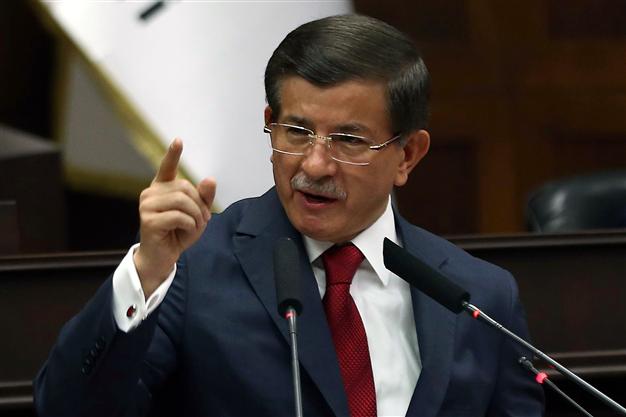 Turkey is stepping up airstrikes on the camps of the Kurdish insurgency PKK, as the Ankara Government ends the peace process that had been pursued since late 2013.

Prime Minister Ahmet Davutoğlu said on Wednesday that Turkey has faced a “conscious, malicious and planned” escalation of terrorist attacks since the June 7 election and promised a firm response:

If we will have one martyr, we will continue all operations on that organization that gave the order for the attack. They cannot dare test our patience and determination. We may lose one lionheart, but thousands of lions of Anatolia are on their feet.

The Turkish military said that it wrote the names of security members killed by the PKK on rockets in attacks on Wednesday. Six areas of Iraqi Kurdistan were hit in the biggest operations since Ankara started the bombing on July 24.

The airstrikes began two days after the PKK allegedly killed two Turkish policemen, claiming that they were linked to the Islamic State.

Davutoğlu said on Wednesday that there were 657 “terrorist acts” since the June 7 election, killing at least 52 people, including 11 security personnel:

Although these terrorist organizations are feeding from various sources, they are subservient to centers of evil that are united around a shared goal.

Turkey has also begun attacks inside Syria against the Islamic State, follow an IS suicide bombing that killed 32 activists in Suruc near the Syrian border on July 20.

President Recep Tayyip Erdoğan said on Tuesday that the Government would end the attempt for a political resolution of the Kurdish issue, after more than 30 years of conflict with the PKK: “It is not possible to carry on the peace process with those who target our national unity and brotherhood.”

Erdoğan called on Parliament to strip the immunity from prosecution of lawmakers from the pro-Kurdish Peoples’ Democratic Party (HDP), which won more than 10% of the vote in the June 7 election. He claimed that the HDP must “pay the price” for links to “terrorist groups”:

Those who exploit the people and the state’s tolerance and patience will receive the answer they deserve as soon as possible. Any step back is out of the question. This is a process and this process will continue with the same determination.

The HDP responded with defiance, saying it would voluntarily lift the immunity of its legislators.