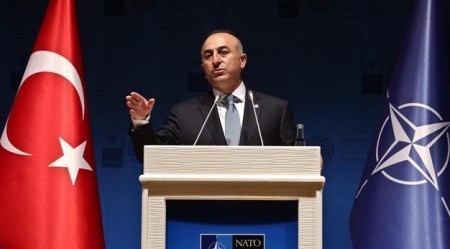 Turkey’s Government promised on Wednesday that, working with the US, it will launch a “comprehensive battle” in Syria and Iraq against the Islamic State.

Statements marked the first American airstrikes launched from the Incirlik airbase in southern Turkey, following an agreement in late July after months of negotiations.

“As part of our agreement with the US, we have made progress regarding the opening up of our bases, particularly İncirlik,” Foreign Minister Mevlüt Çavuşoğlu told State TV. “We’re seeing that manned and unmanned American planes are arriving and soon we will launch a comprehensive battle against ISIL all together.”

Syrian Foreign Minister Walid al-Moallem responded that Damascus would support the attacks, provided they were coordinated with the Assad regime, “We said we support any effort to combat Daesh in coordination and consultation with the Syrian government, otherwise it will be a breach of Syrian sovereignty.”

The Foreign Minister, who is in Tehran for talks with Iranian and Russian officials, said that Washington had “contacted” the regime before its first aerial operations from the Turkish bases, “[They] said they are fighting against Daesh [ISIL] and not the Syrian army at all,”

At the same time, Moallem tried to block any Turkish attempt to use the intervention to support Syrian rebels: “For us in Syria there is no moderate opposition and immoderate opposition. Whoever carries weapons against the state is a terrorist.”

Ankara has linked the US use of the airbases to the establishment of “safe zones” inside northern Syria, along a 98-km (60-mile) belt from Mare’ to Jarablus in Aleppo Province. Washington has agreed to the objective of clearing the Islamic State, while distancing itself publicly from a no-fly zone targeted at the Assad regime.

Russian Foreign Minister Sergei Lavrov indirectly raised concern about the plans, following two meetings with US Secretary of State John Kerry this week. He said, “We all agree that the Islamic State is the common threat, [the] common evil”, but he added that there was no consensus of action, primarily because of different views over the Assad regime and Syrian rebels.

Kerry and Lavrov, in Malaysia for a summit of the Association of Southeast Asian Nations, met Saudi Foreign Minister Adel al-Jubeir in Qatar on Monday. The discussions came amid rumors that Moscow is trying to broker a conference between the Saudis and the Assad regime.

In Ankara, Foreign Minister Çavusoğlu put out Turkey’s support for the rebels while avoiding any reference to the battle against the Assad regime:

Now we are training and equipping the moderate opposition together with the United States, and we will also start our fight against Daesh [the Islamic State] very effectively soon.

Then the ground will be safer for the moderate opposition that are fighting Daesh on the ground.