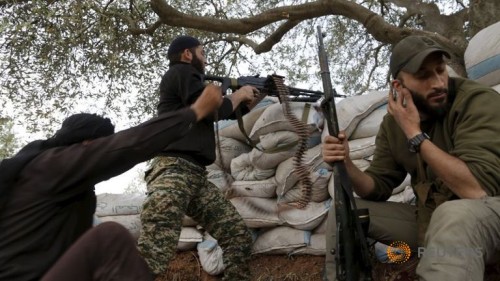 PHOTO: Fighters from the independent rebel faction Jaish al-Sunna, hit by US airstrike on Tuesday

UPDATE 2200 GMT: A “source on the ground”, talking to journalist Jenan Moussa, is linking the attack on Jaish al-Sunna to the main US target of Jabhat al-Nusra, the Islamist faction which pays allegiance to Al Qa’eda:

The same source or another unnamed informant is tying the attack to US support for Syrian Kurdish forces:

Coalition strikes on Nusra in Atmeh aims to relieve Kurdish YPG forces in Afrin enclave which is surrounded by Nusra, FSA & Turkey. @akhbar

And yet another source repeats the linkage of Jabhat al-Nusra and Jaish al-Sunna:

Another source tells me group hit in Atmeh by coalition is 'Jaish Al Sunnah'. Not officially Nusra but they coordinate with them @akhbar

ORIGINAL ENTRY: Claims are circulating on social media that a US airstrike in northern Syria, targeting a faction in the Jaish al-Fateh rebel coalition, has killed at least 25 people.

Civilians — including small children — are reportedly among the casualties in the attack, which struck the town of Atmeh near the Turkish border. 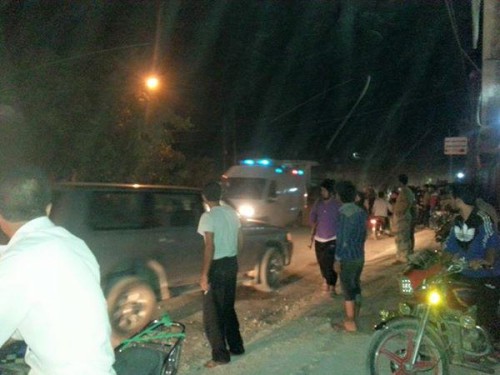 Jaish al-Sunna, an independent faction, started in Homs and has links to the Free Syrian Army. It joined the Jaish al-Fateh coalition in mid-March, just before the victory in Idlib city.

The US has attacked Jabhat al-Nusra, the Islamist faction linked to Al Qa’eda, since the first day of its aerial intervention — nominally against the Islamic State — in September 2014. It has also occasionally hit Ahrar al-Sham, the biggest faction in Jaish al-Fateh.

Abdallah indicates that the US did not mistakenly hit Jaish al-Sunna, targeting one of its facilities:

Building targeted in Atmeh air strike not used by Ahrar Al-Sham, no one from Ahrar was hurt. Gravely concerned about civilian casualties

If further evidence is needed of failed US policy on Syria: civilians in opposition areas now targeted by Assad & US Air Force on same day!