Syria Feature: Is Iran Really Preparing to Send 50,000 Troops to Save Assad? 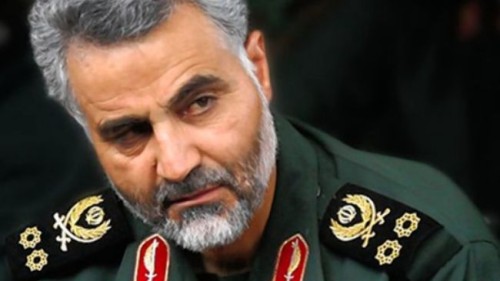 UPDATE 1500 GMT: An Assad regime official has told AFP that thousands of Iranian and Iraqi forces have been deployed recently, first to defend Damascus and then to regain territory in northwest Syria.

“Around 7,000 Iranian and Iraqi fighters have arrived in Syria over the past few weeks and their first priority is the defense of the capital. The larger contingent is Iraqi,” the “security official” said.

He continued, “The goal is to reach 10,000 men to support the Syrian army and pro-government militias, firstly in Damascus, and then to retake Jisr al-Shughour [in Idlib Province] because it is key to the Mediterranean coast and the Hama region.”

Rebels captured Jisr al-Shughour, near the Turkish border, on April 26 as they all but ejected Syrian forces from Idlib Province in northwest Syria.

ORIGINAL ENTRY: Social media is buzzing with rumors, sparked by Arab newspapers, that Iran is preparing to save Syria’s Assad regime by providing 50,000 troops and taking command of Syrian forces.

The most dramatic claim is from the Saudi outlet al-Arabiya, which cites a report by the Iranian paramilitary organization Ansar-e Hezbollah: “Iran must send 50,000 soldiers from the infantry force to Syria to manage the war there and prevent the fall of the Assad regime, which has begun to collapse recently.”

Neither al-Arabiya nor the Western media spreading the report explained how the report of Ansar-e Hezbollah, a hardline organization which is outside the Government and Iranian military, might be connected to any plans by the regime to step up involvement.

There is more substance in reports that General Qassem Soleimani, the head of the elite Qods Force of the Revolutionary Guards, was inside Syria last week. The commander was assessing the situation after rebel victories, including the capture of almost all of Idlib Province in the northwest of the country. Differing reports put him in Jourin, 40 km (25 miles) east of Latakia, or closer to the frontlines in northern Hama Province.

A claimed headline statement from Soleimani — “The world will be surprised by what we and the Syrian military leadership are preparing for the coming days” — appears to be a distortion of a speech he gave on May 25.

Far more useful is the report that Soleimani discussed how to bolster the Assad regime’s essential line of defense — threatened by the recent rebel advances from Latakia and Tartous through Homs to Damascus and to the Lebanese border.

Local sources say that, since a rebel offensive last year that tried to close on Hama city and reached Hama airport, the Syrian military — with Iranian assistance — has “levelled villages” and built fortifications. There are also claims that civilian movement has been restricted recently in Hama city.

The sources say it is possible that, with Soleimani’s guidance, the Syrian military may try to move from the defensive to the offensive. The immediate contest would be in the al-Ghab Plain in northern Hama Province.

After the rebels took the city of Jisr al-Shughour in Idlib Province to the north in late April, they occupied about one-third of the plain. A successful regime counter-offensive would relieve pressure that is threatening an opposition advance on Hama, Aleppo, or Latakia.

Sources cannot confirm the claim that Soleimani has installed an Iranian commander over Syrian troops in Hama.

The pro-Hezbollah Lebanese daily as-Safir wrote on Tuesday, “During the last [few] days, and through a joint Syrian-Iranian-Iraqi decision, more than 20,000 Iranian, Iraqi, and Lebanese fighters have poured into the Idlib area.”

As-Safir said the troops were sent to Jourin, where General Soleimani had held discussions, and the southern part of Idlib Province.

Claiming Arab sources, the site as said, “The Iranians, who hesitated after the fall of Idlib…and underestimated Turkey’s plans in northern Syria, now see the Syrian front as a priority in the open confrontation from Iraq to Qalamoun [inside Syria near the Lebanese border] and Yemen.”

Lebanese media, linked to the anti-Hezbollah March 14 movement, and opposition outlets support as-Safir’s claim that Iran is encouraging the return of Iraqi Shia militias to fight in Syria. Some of those units had returned this spring to Iraq from Syria, both to pursue the offensive against the Islamic State in Tikrit in northern Iraq and to join the response to the Islamic State’s capture of the city of Ramadi in the west of the country.

The rumors of an escalated Iranian military involvement accompany a series of meetings between high-level Iranian and Syrian politicians, including President Assad, in the last month. In the clearest signal of intense talks, the Supreme Leader’s top aide, Ali Akbar Velayati, made an unannounced visit to Assad in Damascus. The discussion came a day after Velayati saw Hezbollah leader Hassan Nasrallah in Beirut.

As Assad’s forces have retreated in the northwest and south of Syria, Hezbollah has been pursuing an offensive in the Qalamoun region. The campaign appears to be seeking the establishment of a “buffer zone” against rebels in the event of the further decline of Syrian forces or even the fall of Assad.

Syria has also been seeking more Iranian economic involvement in the conflict, pursuing the renewal of a $3.6 billion line of credit from July 2013 which is almost exhausted. Reports indicate Damascus is asking for $4 billion, but that the Iranians are not offering more than $1 billion so far.