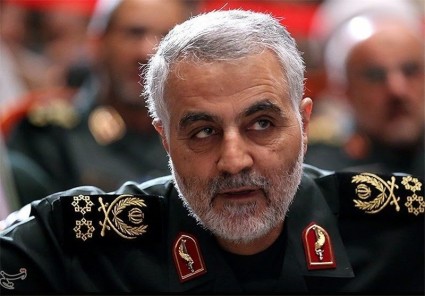 On Monday, the head of the elite Qods Force of the Revolutionary Guards, General Qassem Suleimani, denounced President Obama over the conflict in Iraq.

Speaking in Kerman in central Iran, Soleimani — who been involved on the ground in the Iraqi campaign, working with Iraqi forces and Shia militias — accused Obama of doing nothing to prevent the fall of Ramadi, the capital of Anbar Province in western Iraq, to the Islamic State.

Why the inaction? Soleimani continued, “You are an accomplice in this plot.”

Solemani made clear that Iran would step up its political and military involvement in Iraq: “We have a religious duty to support them. But there is another important reason: this serves our national interest.”

He said Iran’s officials and armed forces would ensure that Iraq “contained the disease” of the Islamic State “so it does not spread to our country”.