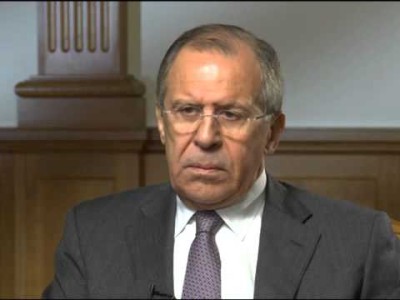 Russian Foreign Minister Sergei Lavrov has pointed to a compromise in nuclear talks between Iran and the 5+1 Powers (US, Britain, France, Germany, Russia, and China) over the hot-button issue of access to Iranian military sites.

Weeks after an agreed Iran-5+1 framework on April 2 for a comprehensive deal, the head of the International Atomic Energy Agency, Yukiya Amano, insisted on unrestricted inspections of the sites at any time.

The demand, which had not been at the forefront of negotiations seeking resolution by a June 30 deadline, brought an angry response from Iranian officials. Foreign Minister Mohammad Javad Zarif and the lead Iranian negotiator, Deputy Foreign Minister Abbas Araqchi, reiterated last week that the issue was a “red line” for Tehran.

Speaking to Bloomberg News, Lavrov pointed to a compromise in which some but not all sites would be subject to inspection (comments from 13:56):

Some participants from the Western side insist that not only nuclear sites must be open to inspections, but also the military sites.

This is something which they [Iran and Western powers] have to discuss between themselves. We are ready to help.

We don’t believe that all military sites should be open for inspection because this relates to the security of Iran. The experts know the sites which IAEA needs to inspect on a permanent basis.

Lavrov also spoke about the issue of the timing of sanctions removal. Iran is demanding immediate relief when a deal is reached, but the US and its allies will only accept this if a “snapback” provision allows for sanctions to be re-imposed in the event of Iranian violations.

The Russian Foreign Minister indicated that all UN sanctions can be lifted after “two or three months” with the IAEA’s first report confirming Iranian compliance. He did not refer to the debate over a “snapback” clause.

Lavrov said that the June 30 deadline, despite US statements that it is firm, is not binding on the negotiations.