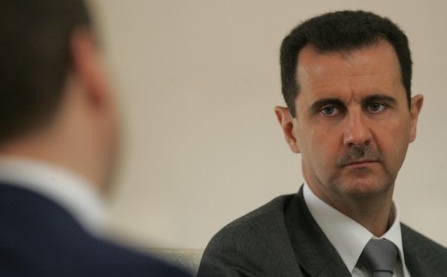 Abdurrahman Alharkosh, a local journalist based near Damascus, writes for EA:

In the last month, rebels have won a series of headline victories in northwest Syria: the capture of the provincial capital Idlib and nearby regime bases; the takeover of Jisr al-Shughour, near the Turkish border, on the route from Aleppo to the Mediterranean coast; the advances in the Idlib-Hama offensive.

These victories have exposed important political, economic, and military weaknesses of the Assad regime: a lack of morale among Army units; its inability to mobilize enough conscripts and militia to cover frontlines; tension between commanders in the field and Damascus.

Just as important, the Assad regime — which has long depended on foreign fighters to buttress its defenses and make advances in central and southern Syria — apparently can no longer rely on those fighters in the north.

As recently as February, pro-Assad forces in Aleppo Province in the northwest were accompanied by Iranian, Afghan, Iraqi, and Lebanese Hezbollah troops, as the regime suffered a heavy defeat in its effort to cut off rebels in Aleppo city. In the south, this month’s failure to take rebel-held towns in Daraa Province was marked by photographs and videos of slain Iranian commanders and killed and captured Afghans, recruited by Iran to fight for Assad.

Yet so far, there has been no evidence of pro-regime foreign fighters in the Idlib battles. The Syrian military and militia have had to face the largest rebel offensive in this four-year conflict by themselves.

There is no clear reason for the absence of the outside forces. Could it be a reticence by Iran to send more commanders and troops, given the rising death toll among those who have been despatched — and the cost to sustain those forces, even if they survive? Is Hezbollah now unwilling to put its men into Syria beyond the area of operations protecting its influence in and just beyond Lebanon? Has cooperation and coordination broken down between the Syrian military and the Iranian “advisors” who have been working with it throughout the conflict? Is Tehran running out of Afghans that can be motivated by money and the promise of residency in Iran?

Local observers add the speculation that the Assad regime, even at the cost of defeat, wants to avoid the impression that its core Alawite supporters are at risk from any “infiltration” of the Shi’a Islam of the foreign forces. There is a precedent, albeit from just before the conflict: the regime allowed Shia clerics to preach among Sunni populations but banned the activities in the Alawite areas.

As the Assad regime faces the ongoing offensive in the northwest without the involvement of the foreign troops, the rebel coalition is benefiting from the co-ordination of its Syrian factions with those from outside the country. Jabhat al-Nusra, the “Al Qa’eda-linked” group that is often converted by Western media into the leader of the rebellion, is not the only force with foreign leaders. Jaish al-Muharireen wal Ansar, Jund al-Sham, and Ansar al-Din all play notable roles in the capture of Idlib city and surrounding areas, including last week’s capture of the Qarmeed military camp.

Those groups offer a further lesson for both the Assad regime and for those watching the course of the conflict. Although they have foreign leadership, they have succeeded because they also have significant Syrian membership. Local men, often disappointed by the ineffectiveness of others such as the “West” in backing the rebellion, have gravitated to the factions. With wide-ranging media operations, Jabhat al-Nusra, JMA, and Jund al-Sham all hope to bring in more recruits through the image of “success” among the Syrian population, not — like the Islamic State — as outsiders taking over parts of the country.

Meanwhile, pro-regime social media sites, which used to reassure followers that they are safe as Assad is winning the fight, have turned to concern over how their leaders are using foreign fighters. What good is the expenditure on “mercenaries”, using Syria’s dwindling resources, if they disappear from frontlines as the rebels advance?