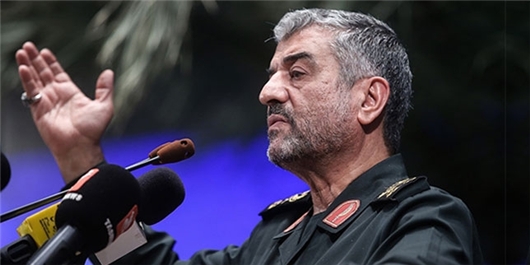 Maintaining his campaign proclaiming Iran’s influence throughout the Middle East, the head of the Revolutionary Guards has hailed victory over the Islamic State in Iraq.

General Mohammad Ali Jafari (pictured) told reporters on Wednesday that the capture of Tikrit, 160 km (100 miles) north of Baghdad, means the jihadists are “gasping for breath and will die soon”.

A two-week offensive involving up to 30,000 Iraqi troops and Shia militias have advanced on Tikrit and taken almost most of the city, which had been captured in the Islamic State’s lightning offensive through northern and eastern Iraq in June 2014.

Iranian commanders — including the head of the elite Qods Force, General Qassem Soleimani — have been involved in the planning of the campaign.

In an important speech to the Assembly of Experts on Tuesday, Jafari declared that Iran was leading change throughout the Middle East: “Today, not only Palestine and Lebanon but also the people of Iraq and Syria also acknowledge the role of the influence of the Islamic Revolution, and in the context are grateful to the nation of Iran.”

Speaker of Parliament Ali Larijani offered support on Wednesday during a trip to Qatar: “If Iran had not helped Iraq, the Islamic State would have invaded countries in the region too”.

The Supreme Leader has denounced the open letter from 47 Republican Senators over Iranian-US nuclear talks as a “collapse of US political ethics”.

The senators warned the Iranian regime that any nuclear deal agreed with the Obama Administration is not binding, unless it receives Congressional approval.

“The American senators’ letter signifies the collapse of political ethics in the US,” Ayatollah Khamenei told members of the Assembly of Experts on Thursday.

He continued, “They have said they want to teach their rules to Iran. We do not need to learn from them.”

#IranLetter is indicative of collapse of political ethics in US. Acc int'l regulations, states can't breach agreements upon change of govts.

The senators intervened at a critical point in talks, with Iran and the 5+1 Powers (US, Britain, France, Russia, Germany, China, and Russia) seeking an comprehensive agreement by March 31. Foreign Ministers are convening in Switzerland on Monday in renewed negotiations.

The Supreme Leader assured that in the event of a final nuclear deal, Iranian officials know how to prevent the US from “holding the Islamic Republic back”. He said that, whenever the deadline for a resolution draws closer, foreign powers — especially the US — toughen their tone.

When this #ZionistClown spoke at Congress, members of US govt. made remarks to deny any role in this event. 1/2 #NetanyahuSpeech

The Supreme Leader with former President Hashemi Rafsanjani, who lost the election to become head of the Assembly on Tuesday: 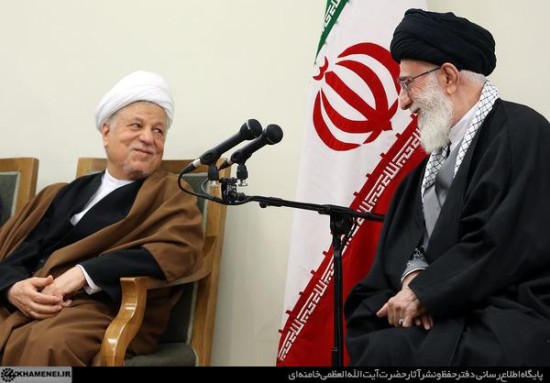 Rouhani: We Will Expand Trade With Turkmenistan By More than 1600% in Next 10 Years

President Rouhani has offered a glimpse into his strategy for Iran’s economic recovery on his return from a visit to the Central Asian country of Turkmenistan.

Rouhani explained that Tehran will raise the value of trade with Turkmenistan by more than 1600%, from the current $3.7 billion to $60 billion within the next 10 years.

The President said they would be achieved by increasing trade through ports — from 2 million tons to 10 million tons in the first instance — the issuance of visas for entrepreneurs, and the construction of a “South-North corridor” from the Sea of Oman and Iran to Turkmenistan and Uzbekistan.