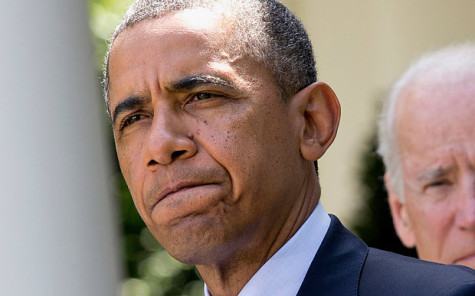 Last week’s unprecedented event of having a foreign leader in the final stages of a close election campaign speak before a joint session of Congress without consulting the White House seemed like a tough act to follow — especially when the sole purpose of that speech was to bash the Obama administration’s nuclear talks with Iran. That event was orchestrated by the Republican-controlled House of Representatives.

By publishing an open letter to Iran’s leadership and lecturing Tehran about the US Constitution and legislators’ opposition to a nuclear agreement, however, the Republican-controlled Senate may have succeeded in besting the performance of the lower house.

“I think there is no precedent in the history of the Republic for Senators to write to a foreign leader in this way,” Nigel Bowles, director of the Rothermere American Institute at the University of Oxford, told DW. “And to that extent it represents a new low in the relations between this president and this Congress, or more concretely this Senate.”

“Even during Vietnam nothing like that happened,” said James Sperling, professor of international relations at the University of Akron.

“I can recall concerted Congressional opposition blocking completion of agreements and treaties,” noted Scott Lucas, professor of American Studies at the University of Birmingham, “but I cannot recall the Republicans going over the head of the president to post an open letter to a foreign regime.”

Republicans wanted to serve Barack Obama notice that any agreement he signed with Iran would fail in the Senate, where a two-thirds majority is necessary for approval of a treaty. And that an executive agreement, Obama’s alternative to striking a deal without going through the Senate, could be nixed by his possible Republican successor in two years. Not that Obama, a constitutional law scholar with ample experience in Republican obstructionism, needed that refresher.

That’s why the broader Republican goal, beyond flexing political muscle, is to kill the negotiations.

“The 47 Republican Senators are trying to undermine the nuclear talks with Iran at a critical stage,” Lucas said. “In a specific if unstated sense, they are trying to block any arrangement over the lifting of US-led sanctions – the key remaining issue in the discussions – that might be acceptable to Tehran.”

Iran’s immediate reaction to the letter was measured. Foreign Minister Javad Zarif called it “mostly a propaganda ploy” that lacked any legal value.

Though it is unlikely that Republicans will succeed in thwarting the process for now, their letter is a great gift for Iran’s hard-liners.
“If the Iranians are looking for a reason not to sign off an agreement, the Republicans just handed them one,” Sperling said. “They could simply walk away and say there is no point in having an agreement because it is going to be nullified in two years. It will put the blame for failure on the United States.”

Sperling believes that the letter, signed by all the Republican presidential hopefuls in the Senate, had a third addressee in mind beyond Obama and Iran. “The third constituency is quite frankly those who pay for American elections.” With the presidential race soon picking up speed, wooing conservative backers is important to remain competitive.

Those backers include people like the Republican megadonor Sheldon Adelson, who has “pumped hundreds millions of dollars into campaigns and is quite staunchly pro-Israel,” Sperling said. “As far as I understand, he is a big supporter of Netanyahu, and I can’t help but think there is an element of electioneering going on.”

With the address by Israel’s prime minister and the letter to Tehran, the new Republican Congress — barely two months in office — has already left a deep imprint on the US political process, whatever the final outcome of the nuclear talks and the next presidential election.

“We have the Republican Party in each chamber organizing and dealing direct with foreign leaders and encouraging those foreign leaders to take a particular course, in the case of Netanyahu, and warning that foreign leader against reaching a deal with the United States government,” Bowles said. “Taken together I have to say that they constitute a remarkable development in American politics.”