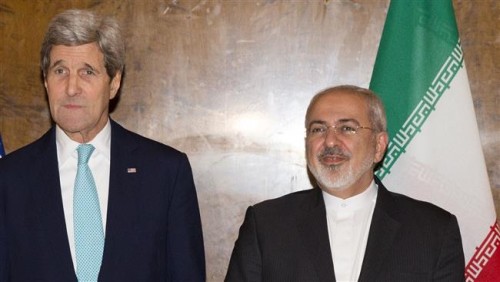 Israel Analysis: Why Netanyahu’s Speech to Congress Was Not Really About Iran

We are after a win-win, balanced and durable agreement and such an agreement with such features will benefit the region and the world….

If these negotiations are meant to deprive the Iranian nation of its inalienable right of progress in science and technology, Iran will naturally not accept such an understanding and agreement.

Rouhani warned the 5+1 Powers that any failure to reach a nuclear agreement would “deny the realities on the ground and, as a result, witness even a faster progress of Iran’s peaceful nuclear program”.

He added, “The world powers have seen in the past that sanctions and pressures haven’t left any impact on Iran’s progress.”

UPDATE 1545 GMT: Iranian Foreign Minister Mohammad Javad Zarif and US Secretary of State John Kerry have completed three days of talks in Switzerland, with each side citing “progress” but saying there are still “gaps” before an agreement is reached.

“We have made some progress but have a lot of challenges yet ahead,” a “senior State Department official” told reporters. “The bottom line here is that [there is] no deal to announce to anybody today, but very intense, hard work, some progress, but tough challenges yet to be resolved.”

The official added, “We expect that we [and the Iranians] will regroup bilaterally, with the European Union present as well, on the 15th of March, location to be confirmed but most likely Geneva.”

Zarif said, “We have [made progress], but a lot of work remains.”

Kerry is now en route to Saudi Arabia to brief high-level officials of the Gulf States, including Saudi King Salman. Lead US negotiator Wendy Sherman is travelling to Israel.

While their nuclear talks with the US continue in Switzerland, Iran’s officials have turned their criticism onto Israeli Prime Minister Benjamin Netanyahu, following his speech to the US Congress on Tuesday.

On Monday, Foreign Minister Mohammad Javad Zarif had led the sniping against President Obama, deriding his remarks that negotiations had agreed a 10-year freeze on Iran’s nuclear program but that they were still unlikely to succeed. Yesterday, he moved to Netanyahu: “He’s trying to [disrupt talks]. But I don’t think trying to create tension and conflict helps anybody.”

Zarif was backed by the European Union’s foreign policy chief, as he continued his talks with US Secretary of State John Kerry in Montreux. Federica Mogherini, who spoke by phone to Zarif and Kerry on Tuesday, warned against “spreading fears” over a final nuclear deal, sought by a July 1 deadline:

At this crucial stage of the negotiations, the EU is fully committed to facilitating the talks to reach a comprehensive deal. We should not miss this historic opportunity.

Speaker of Parliament Ali Larijani followed up in an address to MPs on Wednesday, “[Netanyahu’s] very speech shows the [Israeli] regime’s frustration and concern, and it’s no surprise that it is concerned because the regime’s power has been on the decline day by day over the past three decades.”

The head of judiciary, Sadegh Larijani, was even stronger in his condemnation today:

How stupid the prime minister of the child-killer regime should be to think that the Iranian nation would give up its rights under threats….

The time of threats is over and the Iranian nation doesn’t fear such threats. The Iranian Armed Forces’ reaction to any aggression will be so strong that it will leave no chance for the regime to continue its life.

Meanwhile, the Foreign Ministry restated that — while Iran has reportedly made concessions over its capacity for enrichment, its stock of uranium, and the duration of an agreement — it will not move from insistence on a quick lifting of US-led sanctions.

Spokeswoman Marzieh Afkham said she was quoting Zarif, “No final deal will be made until all issues on the agenda of the talks are agreed upon….Iran has always rejected excessive demands in the nuclear talks.”

Zarif said in Switzerland, “we’re starting to move forward, but it’s a lot of work.”

The rates for electricity have increased by 10% for domestic use and 20% in the industrial sector since February 20.

A further increase of 5% in gasoline and petroleum products is scheduled after the Iranian New Year on March 21.

According to the sources and Iranian outlets, people are already calling Farvardin, the first month of the new year, the “month of expensive”.