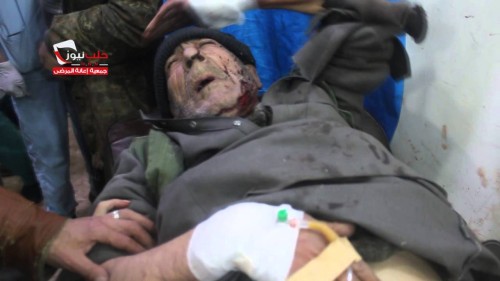 In one of the deadliest days in Syria in months, regime operations killed more than 130 people — most of them civilians — while insurgents launched more than 100 rockets into Damascus.

The headline developments were in the capital, with the faction Jaish al-Islam firing the rockets towards military positions in southern Damascus and the regime using mortars in its own attacks, apparently seeking to discredit the insurgency. State media said at least six civilians died and scores were wounded, without giving further details of the locations.

However, almost all the deaths were from regime operations elsewhere. Even as the insurgents said they were attacking Damascus in response to Syrian airstrikes on civilians in the East Ghouta area near the capital, the bombing continued. More than 40 airstrikes were carried out on Douma, northeast of Damascus, with other deadly aerial, artillery, and mortar assaults nearby.

The Local Coordinating Committees said at least 76 people were killed and hundreds wounded in East Ghouta on Thursday. The Douma attacks left 29 dead, and another 29, mostly women and children, were killed by five airstrikes on a public market in Kafar Batna.

Syrian State news agency SANA does not refer to the civilian casualties — or the airstrikes — preferring to declare, “The Army eliminated scores of terrorists…destroying dens of terrorists in center of Douma.”

In Aleppo Province in northern Syria, 38 people were slain. Most of them died on the Baedeen roundabout in central Aleppo city from a regime barrel bomb that hit a bus.

Eleven deaths were documented in other parts of the country.

A field hospital receives the wounded from the regime attack in central Aleppo:

Meanwhile, insurgents claimed that they killed 30 Hezbollah, Iranian, and Iraqi fighters when they blew up a militia headquarters west of Damascus.

Twitter has suspended the account of Zahran Alloush, the leader of Jaish al-Islam and military commander of the Islamic Front bloc.

Alloush has used the account in the past two weeks to announce both the start and finish of rocket attacks on military positions in Damascus, warning civilians to avoid the regime positions.

The Islamic State is claiming that an American hostage was killed on Friday in sustained airstrikes by the US-led coalition in and near Raqqa, the jihadists; central position in northern Syria.

Mueller first went to the Turkish-Syrian border area in late 2012, joining the humanitarian organization Support to Life since late 2012 to help civilians fleeing the conflict. She was abducted in August 2013 as she worked in an Aleppo hospital with with Spanish Doctors Without Borders.

The Islamic State demanded a ransom of several million dollars from Mueller’s family, threatening to kill her if the ransom was not paid.

Her name had not been made public at the urging of her family and the FBI. 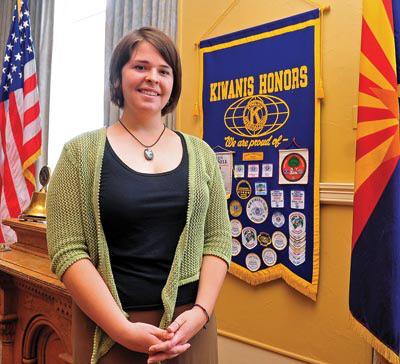 Abu Ibrahim Raqqawi of the activist group Raqqa is Being Slaughtered Silently put out a series of reports on Twitter since noon local time about the airstrikes. He said the warplanes were accompanied by drones to spot targets.

The attacks are likely to be framed as part of Jordan’s promised retribution for the execution of one of its pilots, Moaz al-Kasasbeh, by the Islamic State.

Video released by the jihadists this week showed Kasasbeh, whose jet was downed in northern Syria on December 24, being burned to death in a cage.

Insurgents have announced what they hope is a breakthrough deal with the Kurdish militia YPG in Aleppo.

As the two sides have begun fighting together against regime forces, the insurgent Sham Front posted an agreement with provisions on local courts and offices overseeing mosques.