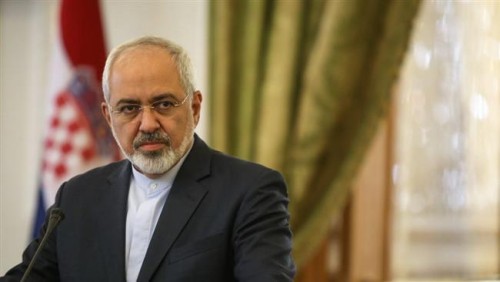 Zarif said the bilateral discussions will include a meeting with US Secretary of State John Kerry on Saturday, on the sidelines of the Munich Security Conference.

Despite chatter in the media about a compromise, there has been little sign of an advance towards a comprehensive agreement since talks failed in November to reach a final resolution. For the second time, a deadline was extended — to July 1 — to allow negotiations to continue and keep interim arrangements in place.

Iran and the 5+1 are still debating the number and level of centrifuges for Tehran’s uranium enrichment, the lifting of US-led sanctions, and the duration of an agreement.

Last month, Zarif and Kerry met for seven hours in Geneva amid week-long negotiations between Iran and each of the 5+1 members.

Pushing back on weeks of regime rhetoric, Oil Minister Zangeneh has told others to stop blaming Saudi Arabia for the fall of more than 60% in global oil prices since June.

The decline has put further pressure on Iran’s troubled economy. Some leading officials have gone as far as to accuse the Saudis of involvement in a “foreign plot” to undermine Tehran and Islam. Even President Rouhani said last month that Riyadh was to blame for the drop of the oil price to below $50 per barrel.

However, Zanganeh said Thursday that “market fundamentals” of surplus oil supply “are mainly to blame…even though political factors cannot be ruled out”.

The Minister said an excess of 2 million barrels per day is likely to endure in the market through June 2015.

Zangeneh said there was “no doubt about political factors having an effect to sustain the situation”. However, he added, “At what percent, one cannot say for sure”, and then told critics to lay off Saudi Arabia: “It is not acceptable to wrong a certain minister who says shale oil would leave the market and the market stabilize under low crude prices. It’s not acceptable to accuse him and have a row; rather, we have to wait and see.”