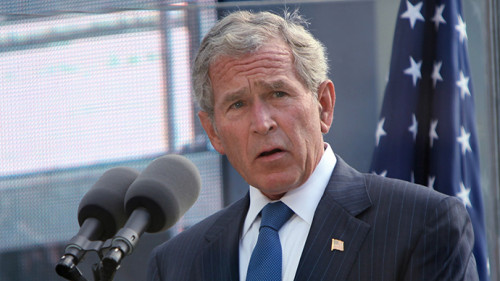 Over the past 24 hours, I have spoken to several BBC outlets about the published summary of a US Senate report on the CIA’s torture of detainees in the “War on Terror” during the Bush Administration.

While the discussions have considered the detailed account of the CIA’s abuse of more than 100 detainees kept in secret sites, sometimes for years, I asked an even bigger question: “Who is politically and legally accountable for the torture?”

The answer, in a range of sources and even in the implications of the Senate report, is President George W. Bush. However — as I predicted on Tuesday, before the report’s release — the summary does not set out this conclusion and appears to be at pains to distance Bush, saying he was “misinformed” by the CIA.

The outcome is that the Agency has become the “firewall” over torture, taking all the blame — with outlets such as The New York Times going as far as to portray it as “rogue” — while Bush, Vice President Dick Cheney, and other senior officials escape scrutiny.