Syria Special: A Proposal for the Crisis — Safe Havens and “Internal Containment” 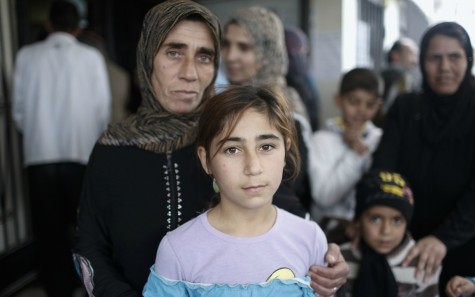 Professor Stefan Wolff and Professor Scott Lucas, both of the Institute for Conflict, Cooperation, and Security at the University of Birmingham, have submitted a proposal on Syria in response to a call by the British Parliament’s Defense Committee.

The current declared strategy of the US and its allies for a “political settlement” founders on an essential contradiction: the US and British Government continue to say a settlement would include the departure of President Assad, but the Syrian regime has made clear that this cannot be countenanced. This in turn means — as evidenced by the Geneva II talks in early 2014 — that discussions between the regime and the Syrian opposition for “political transition” are a non-starter.

Given this, there are three strategic options:

Acceptance of the Assad regime, including continued rule of President Assad and his inner circle of advisors, at least for a transitional period;

External “containment” of the Syrian situation, seeking to ease the humanitarian crisis and to prevent spillover of military conflict;

Internal “containment” of both the Assad regime and the Islamic State within Syria, through political and military support of an opposition within certain areas of the country.

Option 1 (Acceptance of Regime) is unlikely to lead to resolution through defeat of the insurgency. It is also unlikely to check the establishment of part of Syria under control of the Islamic State.

Option 2 (External Containment) is unlikely to stem the humanitarian crisis, with numbers of both refugees and internally-displaced Syrians increasing. It is unlikely to check the spillover of the conflict, notably into Lebanon and potentially into Jordan and Turkey, and to prevent the Islamic State from connecting control of territory and resources in Syria with control of territory and resources in Iraq.

Option 3 (Internal Containment) offers the possibility of a developing space in Syria which is free of both the regime and the Islamic State, and thus the possibility of the growth of a political alternative to both the regime and the “caliphate”. However, the creation of this space would require an acceptance of the insurgency “as is” — including a faction like Jabhat al-Nusra and a bloc like Islamic Front — and a recognition that this would be a long-term commitment. It also poses a challenges of coordination, given the diverse range of insurgent groups and their varying desire for local ceasefires (now also promoted by the UN) with regime and Islamic State forces, as well as the related risk of increased infighting within the insurgency in an effort by various groups to consolidate or extend their control of physical and political space.

We suggest a re-direction and focus of strategic thinking towards Internal Containment. If combined with elements of an External Containment strategy, it could deliver a credible new approach to de-escalation and eventual resolution of the Syrian crisis.