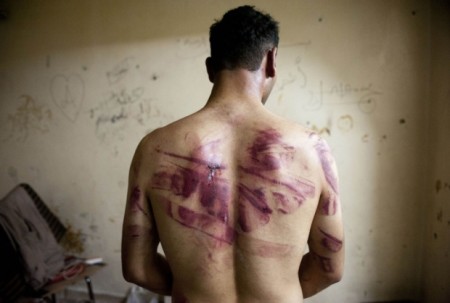 The US State Department will cut its $500,000 in annual funding to an organization investigating possible war crimes by Syria’s Assad regime.

The Commission for International Justice and Accountability told Foreign Policy magazine of the cut-off. A senior American official confirmed the decision.

The Commission tries to retrieve documents and other evidence from abandoned Syrian military bases, prisons, and government facilities on possible atrocities during the 44-month Syrian conflict. It is led by William Wiley, a Canadian lawyer who has worked on war crimes tribunals such as those for Rwanda and the former Yugoslavia.

“After extensive negotiations we were informed recently that we would not be receiving further support from the State Department DRL [Democracy, Human Rights, and Labor] to continue our activities in 2015,” Nerma Jelacic, the Commission’s chief spokesperson, said. “We were told that criminal investigations were not a priority for that program in 2015.”

Jelacic said the Commission’s document acquisition and processing operations will be halted.

The State Department’s Ambassador-at-large for war crimes issues, Stephen Rapp, confirmed the funding halt but insisted that the US Government Washington still believes the Commission’s work is vital.

Rapp said that the Commission, which receives a total of about $5 million per year from Britain, Denmark, Germany, Norway, and Switzerland, can raise sufficient finance without US support.

A second “senior US official” said the Commission’s grant had “run its course”:

As far as State Department funding for justice and accountability in Syria, there has been no change. The bottom line is that we remain 100 percent committed to collecting this kind of information.

Rapp said the US focus had shifted from establishing a Syrian war crimes court in a neighboring country, such as Jordan or Turkey, to encouraging foreign nationals abused in Syria to bring cases in their home countries.