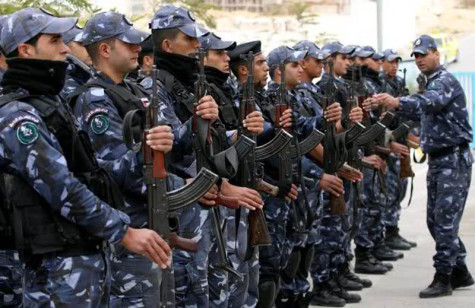 UPDATE 0815 GMT: Israeli media report that Temple Mount in Jerusalem has been reopened to visitors, after it was closed on Wednesday morning amid clashes between Palestinians and Israeli security forces (see earlier entry).

Palestinian Authority security forces have carried out a major operation in the West Bank over the last week, arresting scores of men from Hamas and Islamic Jihad amid an escalation of violence in the area and in East Jersualem.

The operations were led by the Authority’s two intelligence agencies, General Intelligence and Palestinian Preventative Security. Some of the arrests were carried out in collaboration with Israel Defense Forces.

Since the end of the Operation Protective Edge on August 26, about 250 Palestinians have been arrested by the Authority’s security forces.

Sources inside the Authority claim that Hamas is to blame for increased militancy in the West Bank and East Jerusalem. They said that, despite the unity government agreement between the Authority and Hamas, the PA has been forced to act.

According to the sources, many of those arrested were mid-level operatives, religious leaders, and protest organisers.

A Hamas activist reportedly drove his vehicle into a Jerusalem Light Rail station between East and West Jerusalem late Wednesday morning, instantly killing one Israeli bystander and injuring 14 others.

The driver, identified as Ibrahim al-Akary, was shot and killed by police after he drove along the tracks on Route 1 and crashed to a halt. He then reportedly exited his van and attacked a group of policemen with a metal bar before he was shot.

Al-Akary’s brother, Musa Muhammad al-Akary, was released from prison in 2011 after serving 19 years for the kidnap and murder of an Israeli soldier in 1992 during the first intifada.

Following the attack, Hamas spokesman Mushir al-Masri said, “We join hands with those who avenge the blood of those injured in al-Aqsa.”

The incident was sparked by the arrival of dozens of Jews to pray for right-wing activist Rabbi Yehuda Glick, severely wounded in an assassination attempt last Wednesday.

Police in the Old City had advised Jews against going to the Mount, which is also the site of the al-Aqsa Mosque.

Hours earlier, eight Palestinians were arrested in East Jerusalem’s predominantly-Arab Abu Dis neighborhood after throwing a pipe bomb at locally-deployed Israeli security forces. No injuries were reported in the incident.

Citizens were urged to remain indoors as Israeli security forces searched for anyone infiltrating from Gaza.

The area was deemed safe at approximately 2 am local time.

On Tuesday, the IDF arrested two Palestinians who had crossed the security fence between Gaza and the Israeli towns of Be’eri and Alumim.