Syria Feature: Insurgent In-Fighting — A Proposal to Solve the Dispute in Northwest 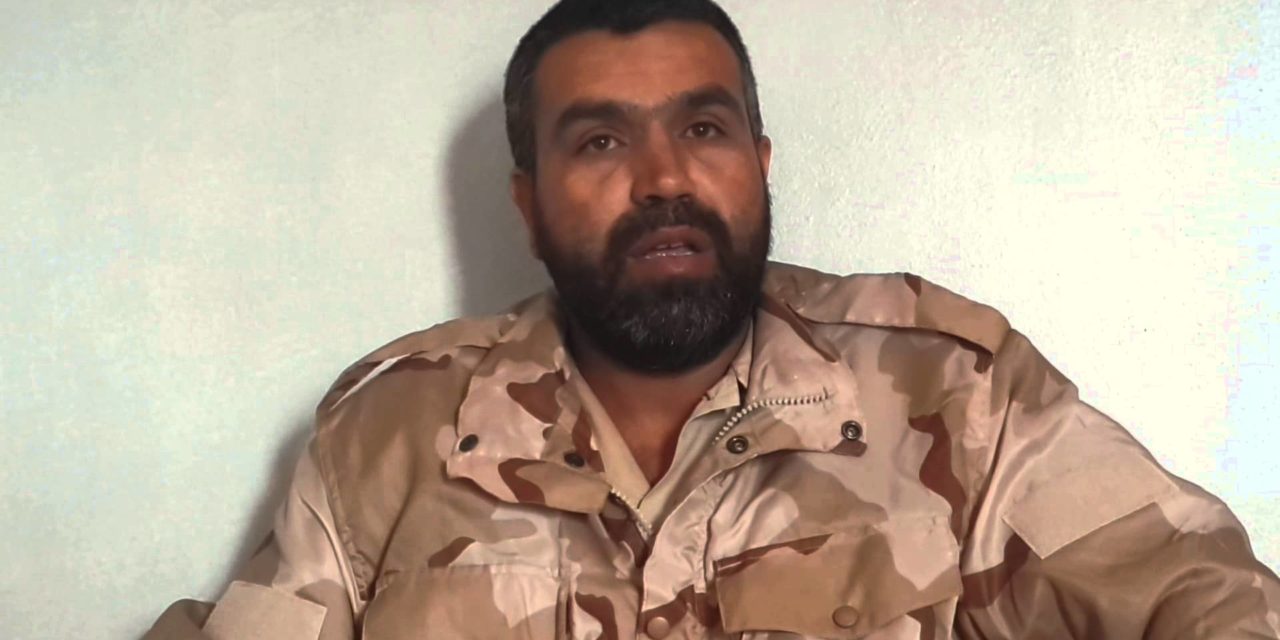 A leader of the Syrian Revolutionary Front, based in Lattakia Province in western Syria, has put forth a seven-point proposal to resolve the fighting between the SRF and the Islamist faction Jabhat al-Nusra.

Clashes broke out between the two groups on October 27 in Idlib Province in northwest Syria. By last weekend, Jabhat al-Nusra had pushed the SRF and its leader Jamal Maarouf (pictured) out of their positions. It offered a ceasefire, but insisted that Maarouf and his senior advisors must appear before an Idlib Sharia court dominated by Jabhat al-Nusra’s allies.

Maarouf has promised to take revenge on Jabhat al-Nusra, claiming that it is tied to Iran and that its head Abu Mohammad al-Joulani is a Muslim heretic.

The proposal from the local SRF leader:

1. Forming a Sharia court composed of representatives from Jabhat al-Nusra and the SRF and three independent scholars

2. Jabhat al-Nusra withdraws from the areas it took from the SRF

3. The Islamic Front, the largest insurgent bloc, moves into the vacated areas

4. Jabhat al-Nusra and the SRF agree to adhere to the results of court

5. Whoever does not agree to the ruling of the court will be considered the aggressor, with the Islamic Front enforcing the decision

6. Jabhat al-Nusra and anyone with accusations against Maarouf will come forward and present their evidence

7. The SRF will present their evidence on Jabhat al-Nusra’s transgressions