Syria Daily, Oct 15: Obama to Coalition “I Am Deeply Concerned About Islamic State” 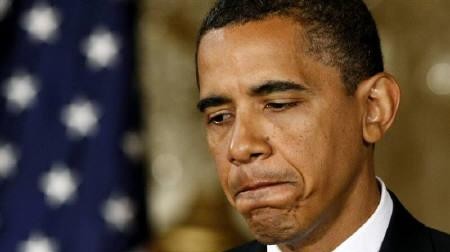 LATEST: Activists: Protests Break Out in Regime Bastion of Tartous

President Obama has told military leaders from 21 countries, gathered in Washington to discuss measures against the Islamic State, that he is “deeply concerned” about the advances of the jihadists in Iraq and in Syria.

Obama said American airstrikes will continue in both countries. He claimed that — despite the advances of the Islamic State in Anbar Province in western Iraq and in and near the Kurdish center of Kobane in northern Syria — “important successes” in stopping the group, citing the defense of the Iraqi Kurdistan capital Erbil and the regaining of territory in northern Kurdistan.

However, the President implicitly acknowledged the losses and the likelihood of more defeats:

This is going to be a long-term campaign. There are no quick fixes involved. We are still in the early stages.

As with any military effort, there will be days of progress and there are going to be periods of setbacks, but our coalition is united behind this long-term effort.

A US military official echoes, “In the short term, there are some gains that they [the Islamic State] have been able to make. In the long term, that momentum will be reversed.”

Neither Obama nor his officials indicated how the US would reverse that momentum. In particular, there was no explanation of ground operations accompanying the Syrian airstrikes to defend Kobane, let alone push back the Islamic State.

Instead, Washington created a headline by announcing “intelligence cooperation” with the Syrian regime’s ally Russia.

US Secretary of State John Kerry met Russian counterpart Sergey Lavrov in Paris and then said the two countries had agreed to “intensify intelligence cooperation with respect to ISIL and other counterterrorism challenges of the region”.

Kerry also said Moscow would explore whether it could do more to help arm and train the Iraqi military.

The US military said yesterday that it carried out 21 airstrikes in and near the Kurdish centre of Kobane in northern Syria, partly-occupied by the Islamic State after a five-week offensive.

Kurdish forces claimed they had pushed back the jihadists on the western front of the fighting, taking a key hilltop outside the town.

The Islamic State, which has also attacked from the south and east, continues to hold much of eastern Kobane.

Claimed footage from a Kurdish fighter of a decimated area inside the town:

Activists: Protests Break Out in Regime Bastion of Tartous

Activists report anti-regime protests in Tartous, which is considered a locus of support for President Assad, in Latakia Province in western Syria. 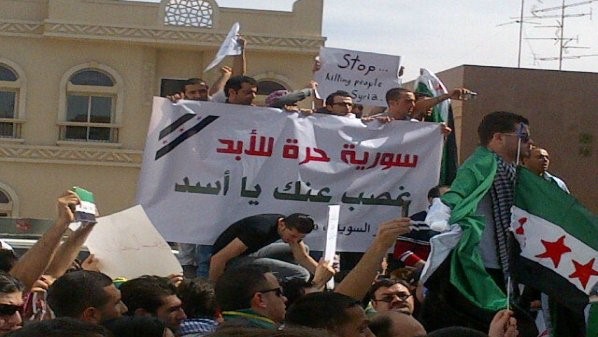 The activists said a demonstration organized by youth, including those from President Assad’s Alawite denomination, came out rallied in the city center. They claimed that security forces arrested participants and took them to the local branch of Military Intelligence.

The demonstration comes amid signs of dissent by regime supporters and Alawites over the casualties among civilians and Syrian forces.

Syrian MP Waris al-Younes has been killed by gunmen who opened fire on his car in Hama Province.

The legislator died from a gunshot to the chest. A police source said another civilian in a nearby car was also slain.

Reuters highlights the allegation of Kurdish activists that fighters, wounded in the defense of Kobane in northern Syria, are dying because Turkey’s forces refuse border crossings to Turkish hospitals.

With medical supplies depleted in the war-ravaged north Syrian town of Kobani, Kurdish activist Blesa Omar rushed three comrades wounded in battle against Islamic State fighters straight to the border to dispatch them to a Turkish hospital.

He said he spent the next four hours watching them die, one by one, from what he thinks were treatable shrapnel wounds as Turkish border guards refused to let them through the frontier.

“To me it is clear they died because they waited so long. If they had received help, even up to one hour before their deaths, they could have lived,” said Omar….

“Once the soldiers realized they were dead, they said, ‘Now you can cross with the bodies.’ I cannot forget that. It was total chaos, it was a catastrophe,” he said, choking back tears.

Anyone who needs humanitarian aid is taken in, without any discrimination.

For a country that has taken in close to 200,000 people [from the area of Kobane], to then not accept a few people like this would be preposterous.

After days of deadlock, Ahmed Tohme has been elected Prime Minister by the opposition Syrian National Coalition.

Meeting in Turkey, the Coalition was stalemated for days between Tohme, the favored candidate of Qatar, and Saudi-backed Walid al-Zohbi.

One participant claimed, “Qatar made clear that its financial support to the coalition would end if Tohme was not re-elected.”

Tohme, who led the Coalition for 10 months before being he was relieved of his duties at the last general assembly, was chosen on the final ballot by 63 of 65 members.

Graphic images of wounded from the sustained regime bombing of the Damascus suburb of Ein Tarma:

The bombardment is trying to soften up the area so Syrian forces can take over Ein Tarma. State media has claimed for days that the regime troops are in “full control” of the town.

f Damascus, to relieve pressure on the capital — in particular, by reclaiming the district of Jobar.

The Assad regime has tried to exploit recent accounts of the Islamic State’s enslavement and selling of women, seeking to end support for the Syrian insurgency.

Syria’s Ambassador to the UN, Bashar al-Jaafari, told the General Assembly session on the Advancement of Women:

For three years, members of the Wahhabi terrorist organizations have committed gang rapes against thousands of Syrian women. These organizations sought with full support of Arab, regional and international governments to eliminate the existence of the Syrian woman as a human being, changing her into a method for entertaining terrorists who impose their ill, dark ideology on [women]….

After three years of the multi-national terrorist war against Syria and after the so-called international community — including the countries which support terrorism — realized the atrocity of that takfiri terrorism, the Syrian women wonder when the countries which are involved in this dirty terrorist war will reconsider their criminal calculations and stop
backing terrorism to allow hope, security, and peace needed by the Syrian women to return to their country.

US Officials Leak CIA Report to New York Times: We Don’t Warn to Arm Syrian Insurgents Because It Rarely Works

Hitting back at the idea that the US should give significant support to Syrian insurgents, US officials have leaked the summary of a CIA study to The New York Times:

The still-classified review, one of several C.I.A. studies commissioned in 2012 and 2013 in the midst of the Obama administration’s protracted debate about whether to wade into the Syrian civil war, concluded that many past attempts by the agency to arm foreign forces covertly had a minimal impact on the long-term outcome of a conflict. They were even less effective, the report found, when the militias fought without any direct American support on the ground.

The report found one exception in the arming of mujahideen to fight Soviet troops in Afghanistan in the 1980s but adds the chilling twist: “Some of the battle-hardened mujahedeen fighters later formed the core of Al Qaeda and used Afghanistan as a base to plan the attacks on Sept. 11, 2001.”

If the report is accurately portrayed by the Times, it is sloppy and even misleading in its historical cases, from the Bay of Pigs operation in Cuba in 1961 to the support of contras in Nicaragua in 1980s.

However, that is unlikely to be noticed beneath the Times headline, “C.I.A. Study of Covert Aid Fueled Skepticism About Helping Syrian Rebels”.