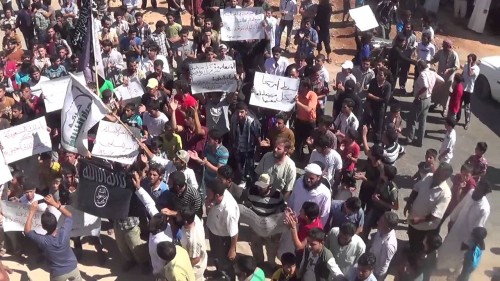 This week’s US airstrikes inside Syria have had an unexpected consequence — they have mobilized the largest opposition protests in months.

However, these demonstrations are not celebrating the American attacks. To the contrary, they are denouncing the “Crusader coalition, despite its declared intention to degrade and destroy the Islamic State.

The initial criticism of the opposition, activists, and local residents of the US airstrikes was that they were not targeting the Assad regime as well as the jihadists.

That complaint was soon supplemented by the claim that the Americans are also trying to degrade the insurgency — effectively helping President Assad’s forces — through deadly attacks on the Islamist faction Jabhat al-Nusra.

On Friday, rallies expressed solidarity with Jabhat al-Nusra as they denounced the US:

In Kafar Daryan in Idlib Province, where scores of civilians and Jabhat al-Nusra fighters were killed by US missiles on Tuesday, residents held a silent protest: 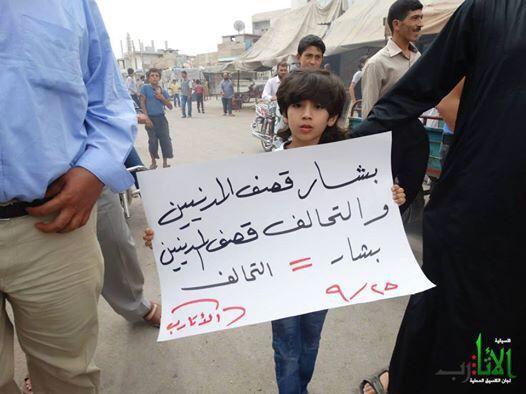 A large demonstration in Maarat al-Numan in Idlib Province:

AFP report on protest in Aleppo: