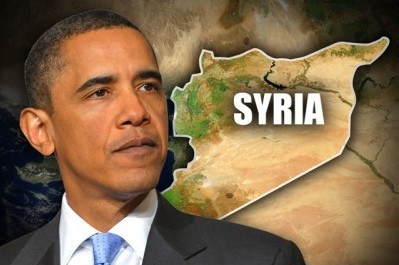 The US Congress has passed President Obama’s proposal for $500 million to train and arm about 5,000 “moderate” Syria’s insurgents over a period of several months.

The Senate, the upper chamber of Congress, voted 78-22 on Thursday for the funding, intended to bolster the insurgency in a fight against the Islamic State. The House of Representatives approved the legislation 273-156 on Wednesday.

Obama requested the $500 million months ago, when the issue was of bolstering the insurgency against the Assad regime in the 42-month Syrian conflict. Legislators have been divided over the request, with some sceptical of US support of opposition fighters — often saying that weapons would reach “extremists” — and others saying the plan did not go far enough in bolstering the insurgents.

Turkish media report that thousands of residents, fleeing an Islamic State offensive in northern Syria, have finally been allowed into Turkey.

Earlier, an activist and Kurdish media reported that 7,000 to 10,000 civilians were blocked by Turkish soldiers on the border.

The jihadists have seized a series of village near the Kurdish center of Kobane (Ayn al-Arab), firing rockets on the town.

The Yarmouk section of Damascus, long beset by shortages of food and medicine, is suffering from a cut-off of water since September 8.

Talat Alyun writes on the Beyond Compromise blog that water services had already been restricted, with only a couple of hours’ supply every few days, before the full halt. Alyun claims that the Syrian regime is engineering a drought to put pressure on the area, occupied by insurgents since last year.

Activists claim 172 people have been killed by the conditions of a 14-month siege by the Syrian military. They warn that, with the water crisis, typhoid may spread as residents turn to old wells.

Insurgents, supported by video, claim they have taken Deir Addas in the West Ghouta area near Damascus:

A clip has been posted of dozens of bodies of regime troops.

Footage of anti-tank guided missiles seized in the battle:

Opposition fighters are seeking to link West Ghouta with the territory that they control in Daraa Province in southern Syria.

Meanwhile, the insurgents are nearing a belt of major regime bases south of Damascus that protect the capital.

Insurgents claimed that they killed many Syrian troops and captured more than 40, as well as taking nearby checkpoints, in their fightback against the regime’s capture of Mleha in the East Ghouta area last month.

The Islamic State had occupied the area during its offensive this summer throughout northeastern Syria.

The military said it had defeated “terrorists”, dismantling dozens of explosive devices, and is restoring security so residents could return to their homes.

Death Toll Again Above 100 on Thursday

For the fourth day this week, the confirmed death toll across Syria topped 100, according to the Local Coordination Committees.

The LCC say 107 people were killed on Thursday, including 65 in Aleppo Province, 17 in Damascus and its suburbs and 15 in Hasakeh Province.