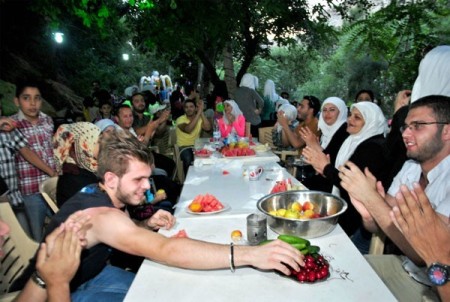 Pressing its line of progress on the political and military fronts following the nominal re-election of President Assad, Syria’s State news agency SANA is proclaiming, “Syrians Enjoy Weekend Within Atmospheres of Stability“.

The photo feature presents civilians in the Rabwah orchards, northwest of Damascus. 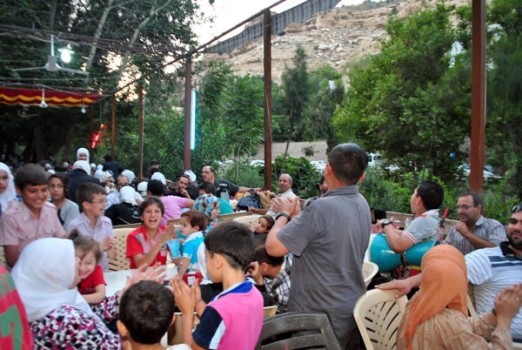 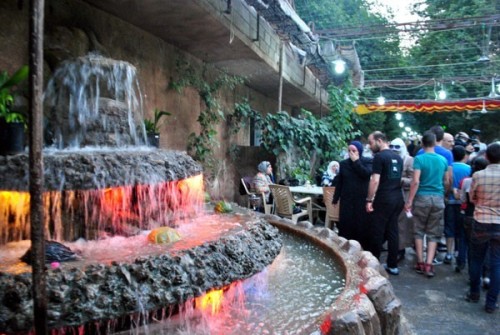 Meanwhile, the Local Coordination Committees report that 109 people were killed across Syria on Saturday, including 31 in Aleppo Province, 22 in Damascus and its suburbs, 21 in Idlib Province, and 13 in Deir Ez Zor Province.

Barrel bombs on Nawa in Daraa Province, where Syrian forces have tried for weeks to dislodge insurgents:

The aftermath of an attack on the Damascus suburb of Douma — video has also been posted of the injured:

Destroyed houses in Mleha, the “gateway” to the East Ghouta area near Damascus:

Picture: Protest in Aleppo “We Are Still Here” 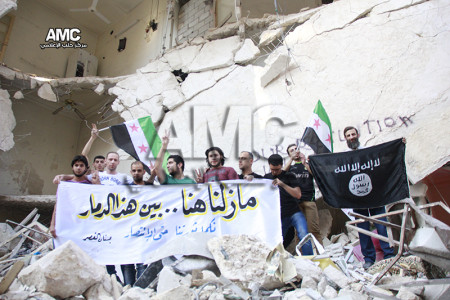 The Syrian military claims it has recaptured Nab’ain in northern Latakia Province.

Nab’ain was taken in the early days of the Syrian insurgency’s offensive in March, as it moved from the Turkish border towards the Mediterranean. It is a few miles from Kassab, the first town seized by opposition fighters in their advance.

State media is claiming that Syrian forces have moved into Kassab after the withdrawal of insurgent fighters.

Insurgents have moved onto the highpoint of Tel al-Jumou in southern Syria after a protracted assault:

The fighters had besieged the regime position for weeks with artillery, rockets, and even tanks.

See Syria Daily, June 9: The Insurgent Assault on Tel al-Jumou in the South