The base (see map) is near Khan Shaykhoun, just east of the main highway between Damascus and Aleppo. The base was the source of fuel and most of the ammunItion for all regime checkpoints in the area. 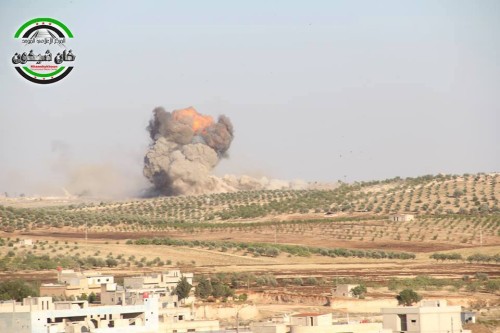 Sources say up to 200 Syrian troops were killed and many were captured. Others have retreated to just west of Khan Shaykhoun.

The last significant checkpoint near Khan Shaykhoun is Salaam, east of the town. 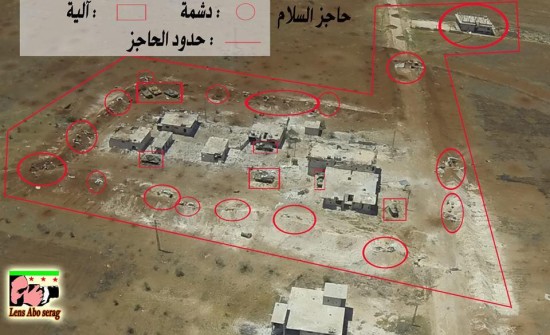 The Syrian military has reportedly tried to check the insurgents by sending troops north from the weeks-long battle for Morek in Hama Province.

Sources report significant insurgent attacks in northwest Syria on Sunday: “Idlib Province is burning from Khan Shaikhoun up to Ariha”.

The Islamic Front and Jabhat al-Nusra are involved, with Jabhat al-Nusra blowing up four checkpoints in suicide operations. Many tanks were reportedly damaged or destroyed, and insurgents chased fleeing militia.

The regime controls the cities of Idlib and Ariha, but most of the countryside is held by insurgents.

The assault threatens the last regime access to a major highway in Idlib Province. Ariha lies on the road from Idlib to Latakia Province on the Mediterranean coast.

Video of one of the explosions:

Photo of fighters and a vehicle involved in the suicide operation: 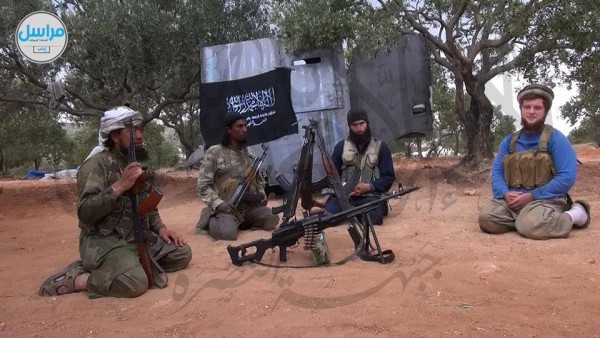 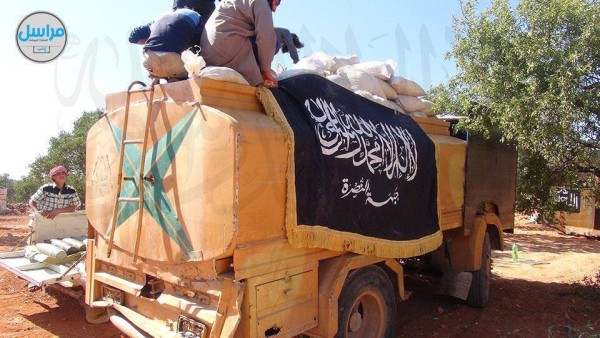 Clashes have continued near Ariha as the regime tried to counter-attack.