Syria Daily, May 22: Regime Bombs Across the Country 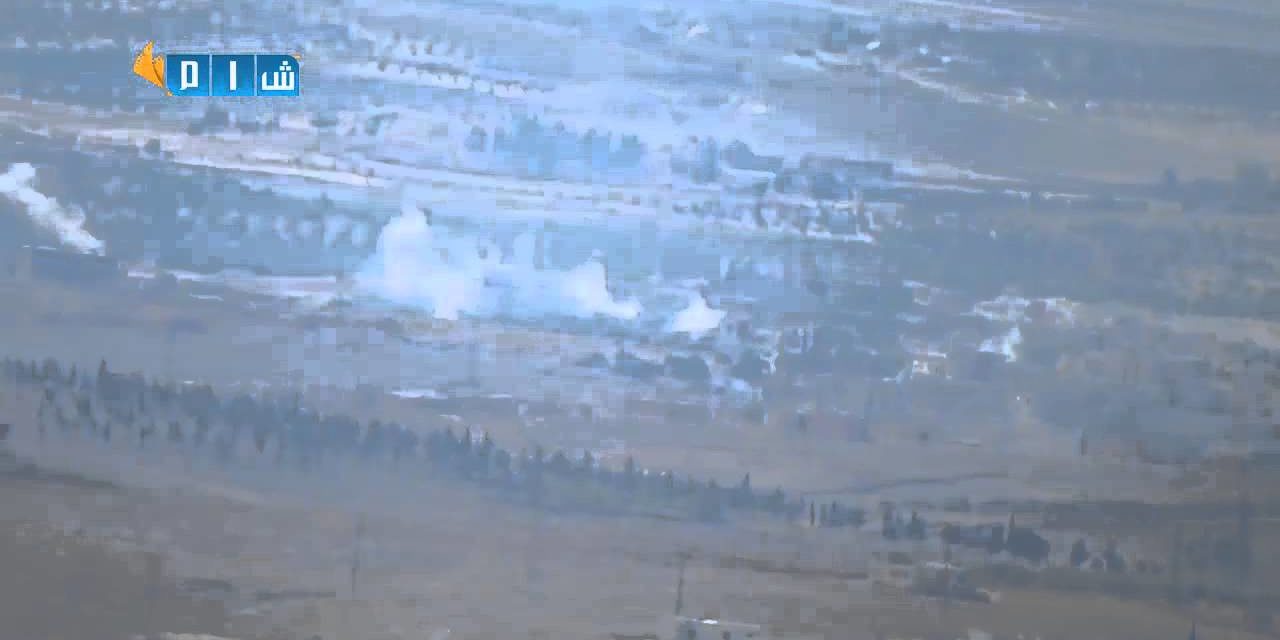 A Challenger Criticizes Assad Over Start of Protests

While the fate of its offensive near Aleppo Central Prison was still unclear on Wednesday, the Assad regime bombarded towns across Syria.

A series of bombs and mortar shells hit Mleha, the key town east of Damascus that the regime has attacked for months.

The Syrian military was in the center of Mleha, which “gateway” to the East Ghouta area, earlier this month, but the forces were soon repelled.

Airstrikes continued across Daraa Province in southern Syria, where Assad’s forces are hoping to reclaim territory lost in recent months. The opposition Shaam News Network claimed that the aerial attacks were not matched by success on the ground, with at least 25 Syrian troops killed by the Free Syrian Army near Nawa.

In the northwest, cluster bombs were dropped on Maarat al-Nu’man in Idlib Province:

Meanwhile in Aleppo, regime forces maintained the effort to break the months-long insurgent siege of the Central Prison. Pro-Assad activists circulated claims that Syrian troops had already reached the complex. The best visual evidence was a photograph of a State TV journalist with troops several hundred meters away.

The troops appear to have moved in on Wednesday after insurgents withdrew from near the complex under heavy air attacks.

“The air raids were astonishing,” said local activist Ibrahim Saeed. “The air force tipped the balance of power. More than 100 barrel bombs struck the area around the prison.”

There are reports of opposition counter-attacks on Thursday, but these are not confirmed.

Opposition media and EA sources claim insurgents have decimated a Syrian battalion in the latest fighting near Morek, on the main highway from Hama north to Idlib Province.

The sources say at least 36 Syrian troops were killed — there are claims of up to 100 casualties — and destroyed four battle tanks and heavily damaged three others as insurgents took the regime base:

A series of videos has been posted:

Regime forces have tried for weeks to reclaim Morek, ensuring they can reinforce units in Idlib and Aleppo Provinces to the north.

Partly in response to failure to take the town, Syrian warplanes have dropped chlorine canisters on both Kafrzita to the west and al-Tamaneh to the north on several occasions since early April.

Activists claim that the Syrian military has used chlorine gas on al-Tamaneh in northwest Syria for the second time in a month.

The attack was launched soon after insurgents killed scores of Syrian troops in the latest battle near Morek, on the main highway between Hama and Idlib Province.

Al-Tamaneh was also hit on April 19.

On Monday, Syrian warplanes dropped chlorine canisters, inside barrel bombs, on Kafrzita in Hama Province for the third time since April 11.

Opposition media claim that insurgents have repelled the Syrian military’s attempt to break the siege of Aleppo Central Prison, killing more than 50 troops.

EA sources and activists on social media report regime airstrikes and artillery attacks near the Prison, indicating that the ground offensive has not reached the complex.

#SNN | #Syria Breaking News | Aleppo | May 22, 2014 Assad forces are firing artillery and rockets on the area around Aleppo central prison.

In contrast, Hezbollah’s media outlet Al-Manar claims this is a photo of Syrian troops having breaking in the Prison complex on Thursday morning: 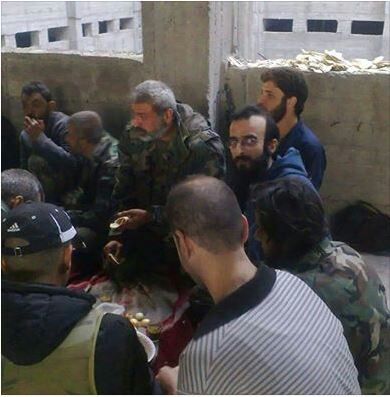 Picture: 4-Story Election Poster of Assad Celebrates Made Up of Names of Killed Regime Forces

An election poster for President Assad at the University of Latakia in western Syria — his portrait is made up of the names of killed regime soldiers in gold lettering: 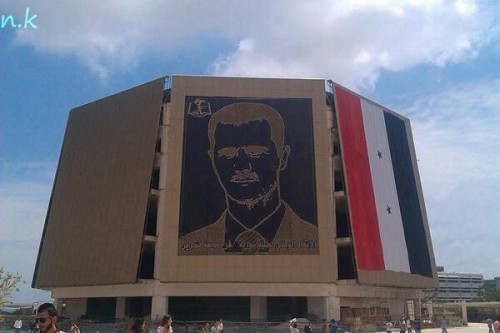 First Major Distribution of Aid in Aleppo Since October

The first major distribution of emergency food rations in Aleppo since October began across the city on Wednesday, the President of the International Committee of the Red Cross.

About 6,000 family food parcels will be distributed in insurgent-held eastern Aleppo, and almost the same number in regime-held areas, reaching 60,000 people.