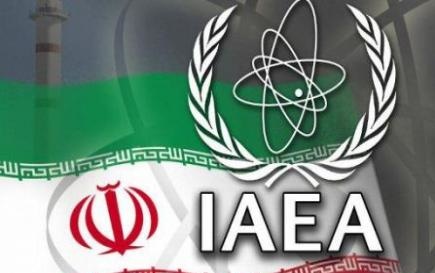 The International Atomic Energy Agency held another round of talks with Iran’s officials in Tehran on Tuesday, pursuing development of agreements on inspections and supervision of nuclear facilities.

There was no immediate statement about the latest discussions.

Since November, Iran and the IAEA have agreed on inspections of uranium enrichment complexes, processing centers, and mines. The two sides are arranging visits to the under-construction Arak heavy-water nuclear reactor, a source of concern to the West because of plutonium by-product. Iranian officials have even indicated they might accept an IAEA visit of the Parchin military base, verifying that it is not being used for a militarized nuclear program.

The IAEA is also seeking further information about equipment such as Explosive Bridge Wire detonators.

Speaker of the majles, Ali Larijani, has declared that some “economic corrupters” may receive the death penalty.

The Iranians in question have already been convicted of accepting bribes and kickbacks in Europe although Larijani also said that the names of those charged with “economic corruption” would not be released.

Member of the National Security and Foreign Policy Parliamentary Commission, Mohammead Esmail Kowsari, has spoken out against Foreign Minister Javad Zarif’s comment that the Supreme Leader would approve any government decision regarding the nuclear talks.

Kowsari asked “Why does he involve the Supreme Leader? Everyone must talk for themselves.”

However, Rouhani’s first deputy, Eshagh Jahangiri, hit back at opponents of the government and critics of the nuclear negotiations, declaring “Those who think that the negotiations have failed are mistaken.”

Jahangiri added, “Some become happy when efforts fail, but they are wrong because this government and these powerful forces have the support of the Supreme Leader and the people.”

Speaking at the Conference on Interaction and Confidence Building Measures (CICA) during a visit to China, President Rouhani has stressed the importance of demolishing all weapons of mass destruction.

Rouhani said, “Based on its defence doctrine and moral and religious principles, the Islamic Republic of Iran opposes atomic weapons but considers peaceful use of nuclear technology as its right and that of all countries.”

Referring to the current P5+1 talks in Vienna, Rouhani added that the “only way to remove the threat of these weapons is their full demolition.” The President described Iran’s position in the talks as one to avoid “extremism and threat,” hoping Iran can “reach a final agreement through a win-win approach.”

Iran Prosecutor General Gholam Hossein Mohseni Ejei said on Monday that the Communications Ministry must be held accountable for its refusal to censor the messaging service WhatsApp.

The Ministry has rejected the call by the Supervisory Committee for the Determination of Criminal Cyber Content to block WhatsApp. Communications Minister Mahmoud Vaezi said President Rohani, as the Chairman of the Supreme Council of Cyberspace, had ordered an end to any restriction.

Vaezi said that, until there is an appropriate Iranian alternative, the Government will not support cutting off access to a service that is “not destructive and do not harm public morals”.

Ejei insisted, “If the President has issued such an order, I have not been informed about it, but such an order would be in violation of the law.”

A director of the National Iranian Oil Company has apparently admitted that Tehran’s oil exports have fallen significantly, dropping below the 1 million barrels per day mark.

Iran’s sales had bounced back after November’s interim nuclear agreement. They reached about 1.4 million bpd in February, almost double the historic low of less than 800,000 bpd in 2013.

However, Mohsen Qamsari, the NIOC’s director for international affairs, said on Tuesday, “We are currently exporting below one million bpd of oil, but if the Europeans want our oil, Iran’s oil exports can increase.”

He insisted, “The Europeans know well that Iran’s oil is reliable. They are willing to receive Iran’s oil.”