Iran: Tehran Insists “We Are Not Sending Afghans to Fight in Syria” 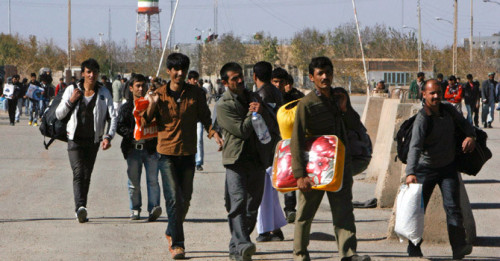 Iran’s Foreign Ministry has rejected reports that it is encouraging Afghan emigrants to fight in Syria, promising them $500 per month and Iranian residency.

The Wall Street Journal wrote last week that the Islamic Revolutionary Guards were recruiting the emigrants.

The office of Grand Ayatollah Mohaghegh Kabuli, an Afghan religious leader in the Iranian holy city of Qom, said, “(The IRGC) find a connection to the refugee community and work on convincing our youth to go and fight in Syria.”

A member of the IRGC confirmed the details.

This claim by the American newspaper is completely baseless and has been made with the purpose of tarnishing Iran’s image in Afghanistan and depicting a totally inhumane picture (of Iran) to citizens of this friendly and neighboring country.

As published in news outlets, Afghan officials have not confirmed such a claim.

Afkham called on the Journal to apologize to the Afghan people for insulting them.