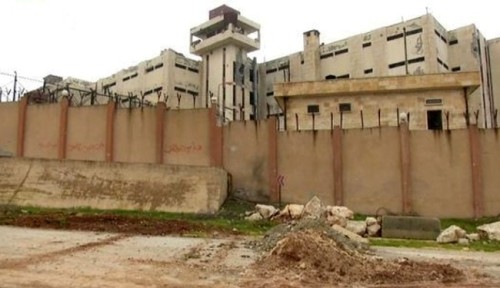 At least 800 prisoners, trapped in a Syrian jail for more than a year as army officers inside and surrounding rebels battle, have died as a result of starvation and illness, according to a former prisoner, a current prisoner and an organization documenting the prison’s conditions.

Akkad’s sources — a detainee, a Violations Documentation Center, and a United Nations official — say that about 2,400 detainees, including women and children, remain in the Central Aleppo Prison and have been denied food and medicine.

However, that may be only part of the story of the prison, which has been besieged by insurgents since January.

Well-placed sources tell EA that the situation is even worse than reported by Akkad. They say the figure of 800 deaths is probably conservative, as the VDC only gives a number where details of victims are confirmed.

The sources also note that there are “thousands” detained in other facilities such as the Air Force Intelligence headquarters in Layramoun, northwest of Aleppo, which has been surrounded by insurgents. Many of the prisoners are feared dead, with some thrown into the nearby Quweig River.

A report earlier this year, based on information and pictures from a defecting military photographers, said at least 11,000 detainees had been killed in Syrian prisons since the start of the conflict in March 2011.

A detainee tells Akkad that in addition to deaths from abuse and starvation, prisoners have died from frostbite, tuberculosis, diarrhea, and gastroenteriti. Many are now buried in make-shift graves in the prison’s eastern courtyard.

EA sources add that many female detainees have been raped. Subsequently, pregnant prisoners have died before going into labor.

Insurgents have attacked the prison since January, hoping to free detainees before they die. Opposition fighters have breached the complex but have not been able to hold significant parts of it for a sustained period.