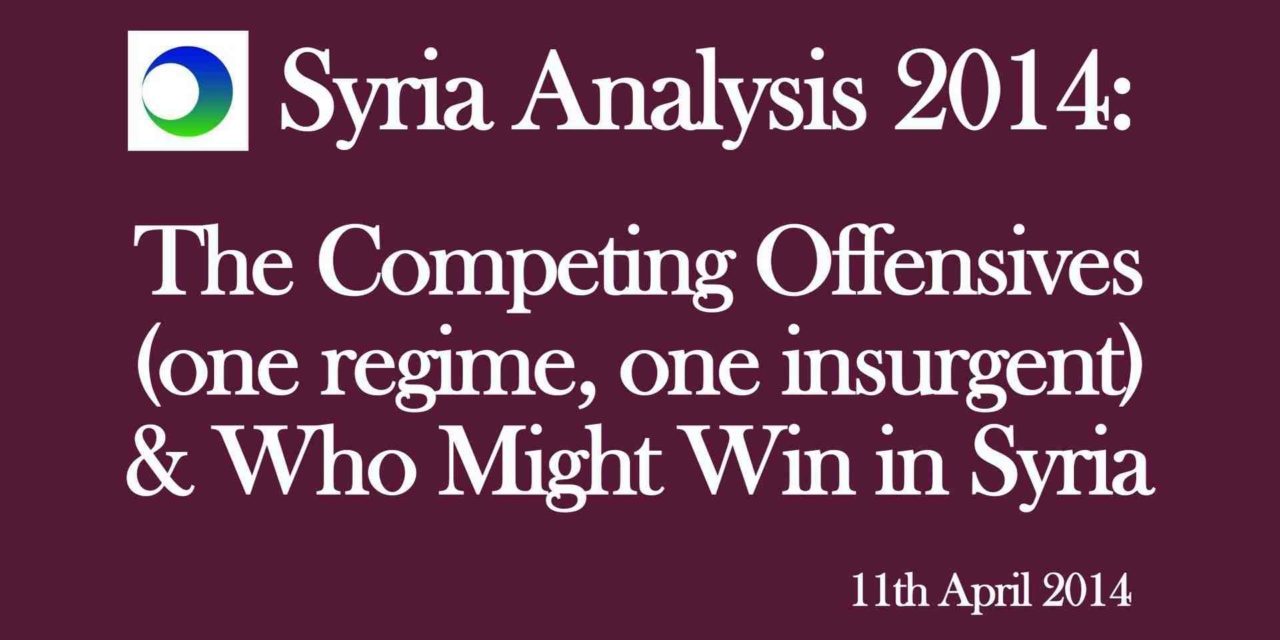 A 4 1/2-minute analysis of the latest military situation in Syria, from the regime’s Qalamoun offensive beyond Damascus to the insurgency’s victories near Aleppo, in the southwest, and in coastal Latakia Province:

I would like to tell you the story of two offensives. One by the regime, one by the insurgents. One which has gotten a lot of attention, one which has not.

The lesson? The patchwork conflict in Syria — one in which there is no immediate victory, where each side can claim advances but also faces defeats — continues.