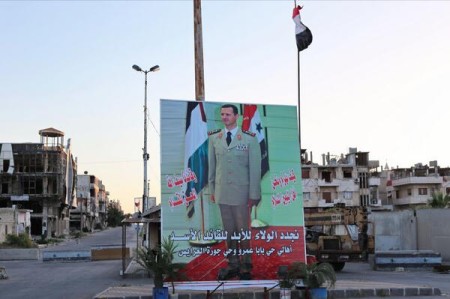 President Assad only declared his candidacy for re-election on Monday, but already the effusive posters are appearing.

This large banner in the Baba Amr section of Homs declares, “We renew our eternal allegiance to President Assad.”

But it’s the inadvertent message of “eternity” this is even more striking:

Baba Amr was occupied by regime forces in early 2012 after a devasting bombing campaign that killed hundreds of civilians and forced many others to leave.