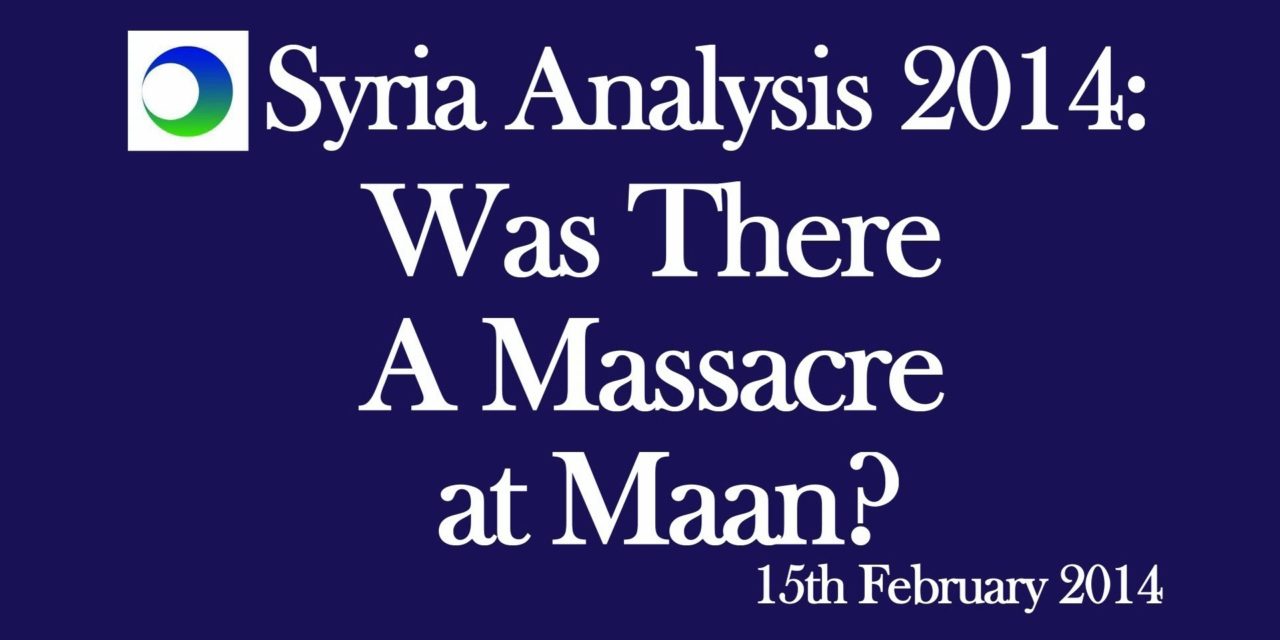 How did the claim spread that insurgents “massacred” civilians in the village of Maan in Hama Province last weekend? And is there any substance to the assertion of an atrocity?

Considering the evidence and the propaganda:

See Syria Video: Was There A “Massacre” By Insurgents in Maan in Hama Province?

Saying that you don’t know is far different from saying that there definitely was a massacre…..

As the Syrian regime was putting out its claim, as the media was repeating unconfirmed reports, there were confirmed cases of not just scores but hundreds of civilians being killed — by the regime’s bombs.