Iran Daily, Feb 16: The Sunni Insurgency in the Southeast 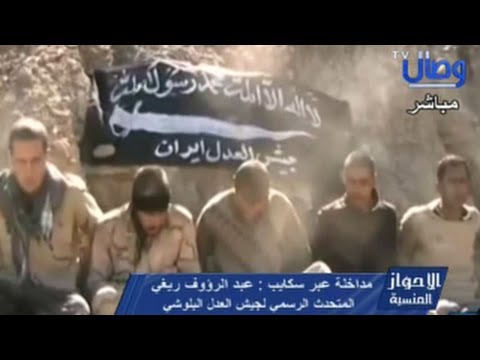 LATEST: Speaker of Parliament Knocks Back MPs’ Criticism of Government Over Nuclear Deal

Rahmani Fazli said on Saturday, “We totally hold Pakistan responsible and this country must be answerable.”

The five guards were seized on February 6 in Sistan-Baluchestan Province in southeastern Iran by Jaish ul-Adl, which has carried out a series of attacks against Iranian forces in the area in the last six weeks.

Iranian officials believe the guards were taken across the border to Pakistan. They have summoned the Pakistani Ambassador in Tehran and an Iranian delegation is planning to visit Islamabad soon.

IRNA said Abdolmajid Jahangiri was unharmed after unknown gunmen shot at him in front on his house late Saturday.

Speaker of Parliament Ali Larijani has pushed back MPs who have criticized the Government for not publishing the text of November’s interim deal.

“There are no secret details about this deal, and it is the same thing that has been released to the media,” Larijani told reporters on Saturday.

The Iranian Foreign Ministry published a summary of the Joint Plan of Action, which took effect on January 20, just after it was signed by Iran and the 5+1 Powers in Geneva.

Larijani also dismissed remarks by the Government’s critics that “some elements” are trying to link Iran’s economy to the West.

The commander of the Revolutioary Guards’ Aerospace Force, General Amir Ali Hajizadeh, has renewed tough talk against the US and Israel, saying that Iran will destroy “the Zionist regime” if it is attacked.

The remarks of our master (the Supreme Leader) about Iran’s response to the Zionist regime is the yardstick for our action. If the Zionists make a mistake, this will certainly happen, and the reason why they haven’t yet embarked on such a move lies in their fear of Iran’s capability and power.

The Revolutionary Guards have stepped up their rhetoric since last month’s declaration by US Secretary of State John Kerry that “military options are still on the table” if Iran does not adhere to November’s interim nuclear deal.

The Deputy Speaker of Parliament, Mohammad Hassan Aboutorabi-Fard, reinforced the statements on Saturday:

The US cannot reckon the costs of a future aggression against Iran….The enemies do not dare to attack Iran.