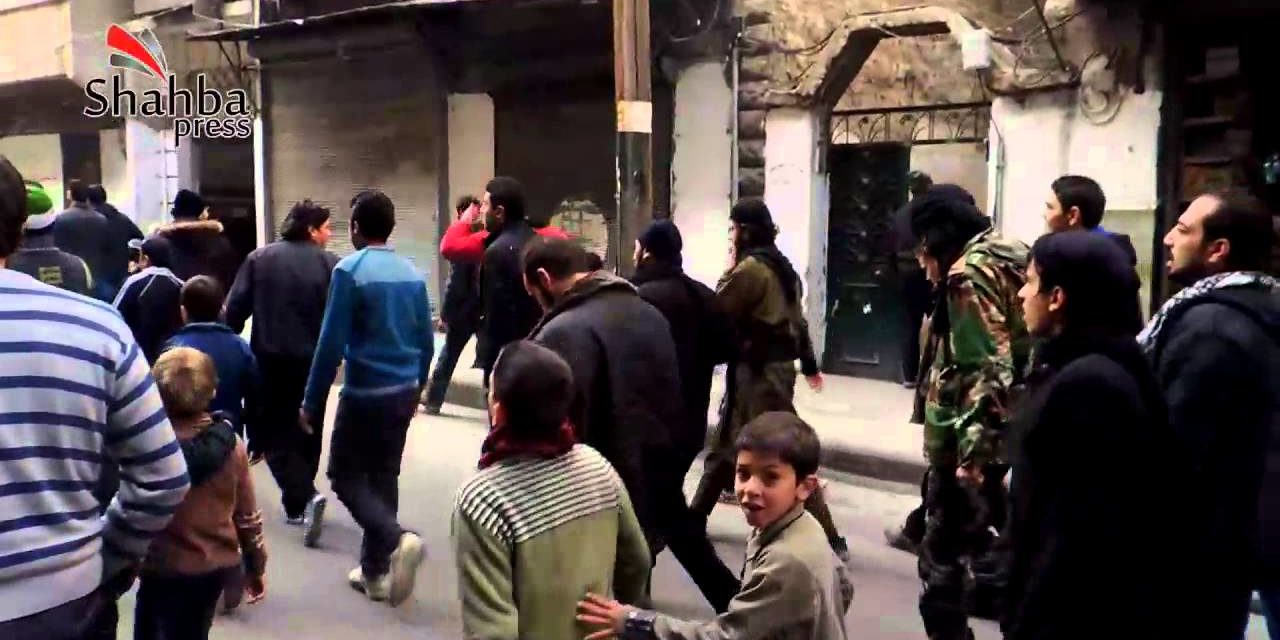 The state of the conflict between the Islamic State of Iraq and insurgent factions, which flared into widespread fighting and arrests on Friday, is confused this morning.

There are unconfirmed claims that the ISI killed 30 people in one incident or that the group had been forced out of several towns in northern Syria. Another doubtful assertion was that the Islamic Front, the largest insurgent bloc, had given ISI 48 hours to leave Syria entirely.

What we do know:

1. The Islamic Front has issued a statement calling on ISI to leave Atareb, the town in Aleppo Province where it launched attacks on insurgents on Thursday night, to return confiscated property, and to observe Islamic law and the courts of the insurgency.

2. Hassan Aboud, leader of Ahrar al-Sham — one of the seven factions in the Islamic Front — has reinforced that statement, while saying that ISI will be part of the revolution if it agrees to “work hand in glove with the other militias”.

3. ISI has warned that its fighters may leave the sections of Aleppo city that it occupies, effectively allowing regime forces to move in.

VIDEO: A protest on Friday in the Saleheddin section of Aleppo against ISIS

Insurgents in the northern Damascus suburb of Barzeh agreed a local ceasefire with regime forces on Sunday, after nearly a year of fighting and bombardment.

“After intense negotiation in recent days between the regime and the Free Syrian Army through mediators from the neighbourhood, the following agreement has been reached: ceasefire between the two sides,” a statement posted by the opposition local council said.

The two sides agreed “the withdrawal of Assad’s army from all of Barzeh, and the cleaning of the streets (of abandoned corpses), in preparation for the road to be opened” by the insurgents. “The Free Syrian Army will be the one manning traffic” through the district, which has been blocked since the opposition took over the neighborhood, the statement added.

The truce envisages that residents who had fled the district will be able to return within two weeks, and that “services will be restored”.

Local activist Abu Ammar said that the agreed clauses have not yet been implemented, but “the intensity of the fighting has been reduced greatly in the past three days”.

State news agency SANA reported earlier that “200 members of the so-called Free Syrian Army and the (jihadist) Al-Nusra Front…handed themselves in” to the regime.

Abu Ammar denied the report, saying it was “a tactic to put pressure on the opposition during the negotiations”.

Turkish photographer Bunyamin Aygun has been freed by his abductors in Syria.

Aygun, who works for Milliyet newspaper, was handed over to a team of Turkish intelligence officials and is on his way back to Turkey.

The photographer was kidnapped in northern Syria in November.

Video: Protest in Raqqa Against Islamic State of Iraq

The protests for the withdrawal of the Islamic State of Iraq and as-Sham from towns and cities has spread to Raqqa, the largest Syrian city held by the insurgency:

ISIS has been trying for months to establish itself as the dominant authority in Raqqa. It has been accused of numerous detentions, abuses, and killings.

Civilian Casualties in Fighting Between Insurgents and Islamic State of Iraq

#AleppoMediaCentre: Martyrdom of four civilians in Marjah neighborhood in clashes between ISIS and FSA.

Reports: Islamic State of Iraq Pull Out of Northern Towns

Opposition activists and “Middle East diplomats” claim the Islamic State of Iraq and as-Sham, under pressure from insurgent factions, has withdrawn from some towns in northwest Syria.

The pullout on Sunday included the first town taken by ISIS, al-Dana in Idlib Province and town of Atmeh near a key border crossing with Turkey.
There was no resistance by the ISIS fighters as they left.

Fighters from Jabhat al-Nusra and Ahrar al-Sham militant group took over the ISIS positions in the two towns, activists said.

“The Islamic State is pulling out without a fight. Its fighters are taking their weapons and heavy guns. They appear to be heading in the direction of Aleppo,” activist Firas Ahmad said.

Liwa al-Tawhid, part of the Islamic Front, says that one of its commanders, Ammar Laila, and seven fighters have been killed by the Islamic State of Iraq and as-Sham.

ISIS reportedly opened fire on the Tawhid vehicle in the town of Anadan in Aleppo Province.

UN Estimates More than 4 Million Refugees by End of 2014

The United Nations refugee agency, in its Syria Regional Response Plan for 2014, estimates that there will be 4.1 million refugees by the end of 2014.

The current number of registered refugees is 2.3 million. More than 4 million Syrians are displaced inside the country.

The UNHCR is requesting $4.2 billion to deal with the crisis this year.

Amid violence, adverse conditions, and the re-occurrence of diseases like polio, the agency warns that urgent action is needed to prevent a “Lost Generation” of “hundreds of thousands of children…missing the opportunity to engage in learning and safe childhood activities”.