Syria: FSA Surrounded By Chechen Factions In Aleppo Amid Ongoing Chaos In Battle Against ISIS? 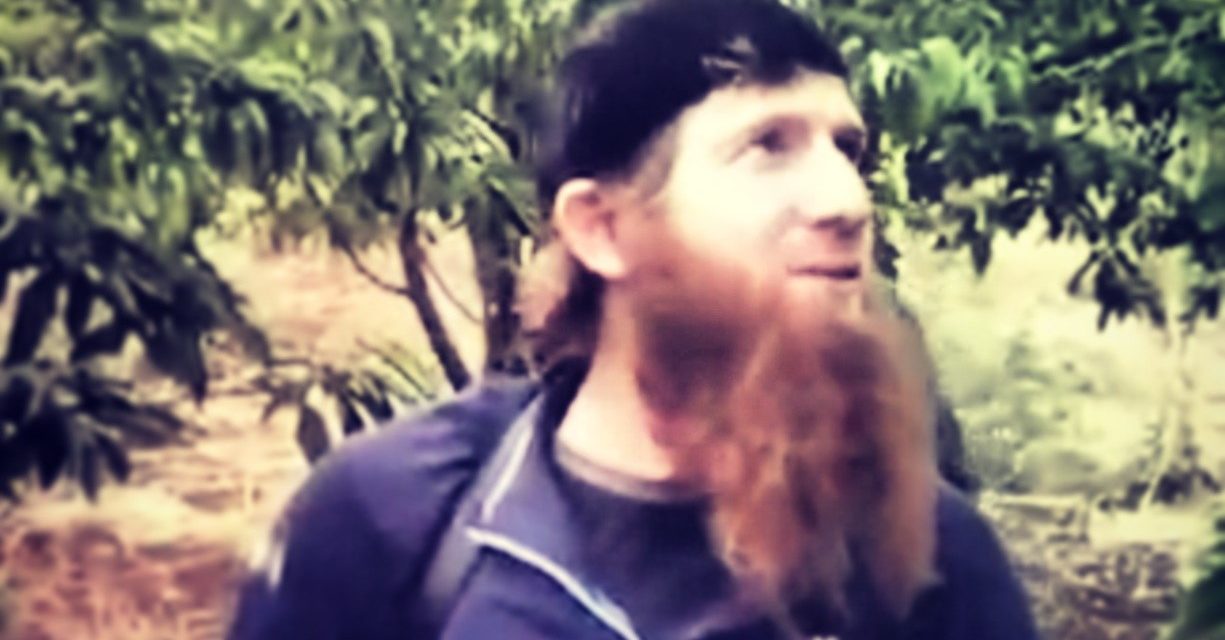 A new report put out Tuesday by FiSyria, a website close to the Islamic State of Iraq and ash-Sham’s Chechen military Amir Umar Shishani, has added to the complexities and shifting lines of the ongoing battle between ISIS and other insurgents.

The latest report from FiSyria says that ISIS has fought with “the Free Syrian Army, Nuraddin az-Zinki and the Islamic Front” in Kafr Hamra.

Earlier this week, we noted reports that the independent Chechen faction Jaish al-Muhajireen wal-Ansar had cooperated with a Syrian faction, Nuraddin az-Zinki, to fight regime forces in Kafr Hamra north of Aleppo city. The latest of those reports, put out on Sunday, said that the insurgents had succeeded in pushing the regime out of Kafr Hamra. However, while the reports said that Jaish was fighting with Nuraddin az-Zinki, it is more plausible that the factions were merely fighting in the same area or that Jaish was pushing into territory captured by the FSA brigade.


The new report by FiSyria points to the latter — that Jaish were in the same area, and that when ISIS attacked Nuraddin az-Zinki near Kafr Hamra they did not take part in the fighting either with ISIS or against them.

Jaish al-Muhajireen wal-Ansar is led by Salahuddin Shishani, who took over the faction in November after Umar Shishani swore an oath of allegiance to ISIS leader al-Baghdadi, taking with him a group of his men. Those of Jaish who had already sworn allegiance to the leader of the Caucasus Emirate, Dokku Umarov, refused to join Umar in ISIS, though Jaish has fought alongside ISIS previously.

Salahuddin Shishani has also condemned the fighting between ISIS and other insurgents, saying that he would not participate and preferred to fight the regime. His former comrade-in-arms and Umar’s former second-in-command in Jaish, Sayfullakh Shishani — who has sworn an oath to Jabhat al-Nusra — has also condemned the infighting and there are reports that he has also taken part in battles against the regime.

One likely explanation for the battle could be that after Nuraddin az-Zinki, Jaish al-Muhajireen wal-Ansar and other groups fought the regime in Kafr Hamra — either separately (as is most likely) or together, they encountered ISIS forces to the south of the city and a fight ensued.

However, what is clear is that the ongoing fighting with ISIS is — inadvertently or not — helping the regime as ISIS is engaging forces that were previously battling Assad’s troops.

The report includes a map, which shows the sites of the battle (for non-Russian speakers — the blue line is the “front of Jaish al-Muhajireen wal-Ansar”): 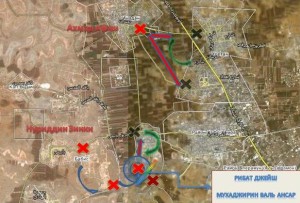 On the morning of January 27, the Free Syrian Army attempted an attack on Kafr Hamra in the suburbs of Aleppo.

Groups of the FSA and Islamic Front such as Nuraddin Zinki and Ahmad Afash, threw their main forces against the southern part of Babis in the outskirts of Ma’aret Artik, where the day before they were kicked out by infidel troops (regime forces — Ed), and tried to break through a Mujahideen stronghold from the rear.

The brothers fought off the Anadan offensive by hitting the flank of the advancing (FSA).

In Ma’aret Artik, maneuvers managed to encircle the enemy.

Our forces have conducted three suicide operations, destroyed part of the enemy armored tanks, 80 people were pushed to the surrounding area, dozens were shot while fleeing from the battlefield, is still unknown exactly how many were taken prisoner.

The prisoners claim that they are part of Jabhat al-Nusra. We can only guess that it’s a lie, or another group from the FSA swore an oath to Jabhat al-Nusra as cover for their deeds.

A counterattack was staged at night. The results will be announced later. All territory was freed.