Syria: “Alliance” Between Assad and ISIS? 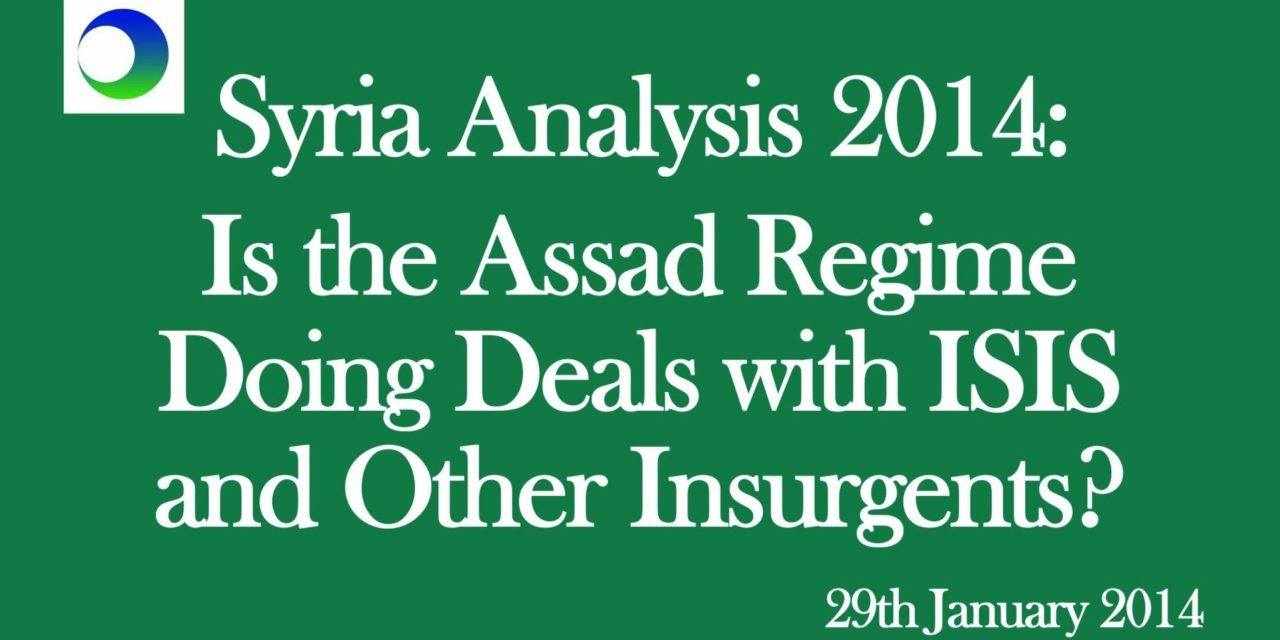 There has been lots of chatter recently about deals between the Assad regime and the Islamic State of Iraq and ash-Sham, including over oil controlled by ISIS.

Some observers and US officials have even claimed an “alliance” between the two sides.

A look at the oil story to ask if the Assad regime would really do a deal with a supposed enemy:

Assad may be happy to see the Islamic State of Iraq fight insurgents because, after all, the “enemy of my enemy is my friend”. But that does not mean an “alliance”.

The truth is more complex — if not necessarily as good for a headline or a sound-bite as the propaganda.