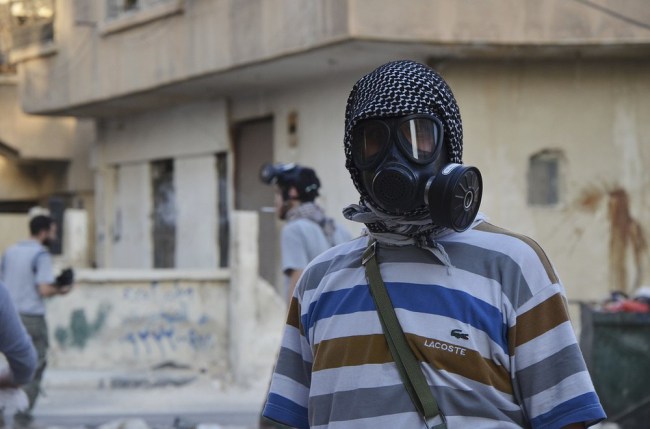 The United Nations Mission inspecting claims of chemical weapons use in Syria has concluded that “chemical weapons have been used in the ongoing conflict between the parties”.

In its final report, carried out by the Organization for the Prohibition of Chemical Weapons, the Mission confirmed a September finding by the UN of the largest chemical attacks, which killed at least 950 people near Damascus on August 21.

It also found “credible information” that the weapons were used in Khan Al Asal in Aleppo Province on March 19, 2013, an incident that killed at least 26 soldiers and civilians, and in three small-scale episodes — two within days of the August 21 attacks.

The Mission did not attribute responsibility in any of the cases. It cautioned that it could not prove that “the release of chemical weapons at the [specific] alleged site” in Khan Al Asal because of a lack of primary material on munitions and environmental and biomedical samples.

The Mission also said it could not link “the alleged event”, “the alleged site”, and victims in the three other incidents: 1) in Saraqeb in northwest Syria on a small scale against civilians on April 29, 2013; 2) in the Damascus section of Jobar against Syrian soldiers on August 24, 2013; 3) a small scale incident in Ashrafiah Sahnaya against Syrian soldiers on August 25, 2013.

The inspectors considered seven cases out of a list of 16 submitted by various parties, including the Syrian, French, British, and US Governments.