Iran Today, Dec 13: Tehran Warns Against New Sanctions, as US Congress Pulls Back 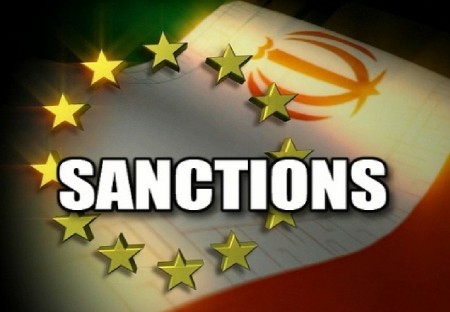 Iran’s leading officials issued a series of warnings on Thursday against new sanctions, even as the US Congress — pressed by the Obama Administration — pulled back from the measures.

Military threats, including having the option on the table, are not beneficial and are illegal. What does America think it will benefit from by using the military option?

Speaker of Parliament Ali Larijani and the Secretary of the Expediency Council, Mohsen Rezaei, also told Washington that it should not “dare undercut the agreement in order to see what we do”.

Any immediate showdown appeared to be averted, however, as an effort by some members of the US Congress to put new sanctions in the National Defense Authorization Act fell apart.

The amendments would have authorized the measures now but imposed them only if Congress found Iran had broken the terms of the interim nuclear deal in the next six months.

Senator Robert Menendez, one of the leading advocates of the new sanctions, said Thursday:

I know I have been a proponent of pursuing additional sanctions prospectively and in a timeframe beyond the scope of the six-month period of negotiations.

But I am beginning to think based upon all of this maybe what the Senate needs to do is define the end game, at least what it finds as acceptable.

In two days of testimony this week, Secretary of State John Kerry said additional punishment of Tehran would break both the interim agreement and the international support for the US position. He promised that the Obama administration would ask Congress for more sanctions if Iran was found to be in violation of its obligations or if the nuclear negotiations collapsed.

However, on Thursday the US Treasury blacklisted another 19 Iranian companies and individuals whom it claimed were supporting Tehran’s nuclear program.

Deputy Foreign Minister Abbas Araqchi, Tehran’s lead nuclear negotiator, said Iran would “react accordingly” to the blacklisting, as it was “against the spirit of the Geneva deal”.

Technical talks between Iran and the 5+1 Powers on the interim nuclear deal ended in Vienna on Thursday.

The discussions were initially scheduled for Monday and Tuesday, but were extended on issues such as Iran’s suspension of enrichment of 20% uranium and lifting of some US-led sanctions.

After four days of lengthy and detailed talks, reflecting the complexity of the technical issues discussed, it became clear that further work is needed.

There will now be consultations in capitals, in the expectation that technical talks will continue soon.

According to Thomas Erdbrink, Tehran-based journalist for the New York Times, the social media website Instagram is currently inaccessible in Iran.

This development follows police warnings that they would “investigate” the site.

The hugely popular Instagram is down in Iran today, police commands had been warning they would "investigate" the photo sharing app.

The Rouhani administration has promised to reduce censorship and constraints on social media applications inside Iran.

IRGC Commander Mohammad Ali Jafari boasted on Thursday of developments in the Islamic Republic’s drone programme, which now have a flight time of 30 hours.

Jafari claimed, “Recently, we have also gained the capability of mounting [on drones] bombs and guided rockets which have pinpoint accuracy.”

“Today, one of the deterrence factors against enemy is our different types of defense capabilities, especially the missile might,” he added.

The Associated Press has posted a detailed report claiming that Robert Levinson, an American missing in Iran since 2007, was working for the CIA.

The article is based on documents and interviews with “dozens of current and former U.S. and foreign officials”. The AP said it had confirmed Levinson’s CIA ties in 2010, but agreed three times to delay publishing the story because of efforts to get his return.

The agency said it was now publishing the story because “those efforts have repeatedly come up empty” and “the [US] government has not received any sign of life in nearly three years”.

There has been no sighting of Levinson since his family received proof-of-life photos and a video in late 2010 and early 2011.